Pediatricians Assess How to Personalize Hypertension Treatment in Children 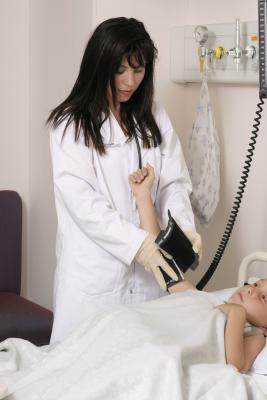 July 29, 2019  — High blood pressure among children is on the rise and a lack of research about how to treat it has left pediatricians trying to make their best guess. That’s until researchers at The University of Texas Health Science Center at Houston (UTHealth) released results of a pioneering study that used a series of personalized trials to identify a preferred therapy for kids – the first step in tackling the problem.

Results from the study, led by Joyce Samuel, M.D., MS; Jon Tyson, M.D., MPH; and Joshua Samuels, M.D., MPH, of the Department of Pediatrics at McGovern Medical School at UTHealth, were recently published in Pediatrics.

Hypertension affects around 4 percent of the U.S. adolescent population, or an estimated 1.2 million, and is thought to be increasing in prevalence due to the obesity epidemic.

“There are many safe and effective blood pressure medications available for use in children. However, as we choose which medication to use in a particular child, we have to rely on personal experience because we have almost no evidence to guide us on which ones work best in different types of patients,” said Samuel, who is the principal investigator of the study. “Many children will take the same blood pressure medication for years without ever testing whether a different medication may work better. We designed this study because we hypothesized there might be a better way to make an informed decision about which medication to prescribe.”

Samuel and her team designed a series of what are known as n-of-1 trials, which are single-patient, randomized trials in which a patient tries different medications and is monitored to see which ones are the most effective with the fewest side effects. In this case, they worked to identify the preferred therapy for the individual patient from among three major classes of commonly used blood pressure drugs. The n-of-1 trial began by verifying the need for ongoing pharmacologic treatment, as some cases can be controlled without drugs by using lifestyle changes such as diet and exercise.

“N-of-1 trials are valuable because they allow us to see how the various medications work in the individual,” Samuel said. “We know every patient may have a unique response, but we have no way to predict what that response will be. This is an opportunity to put the medications to the test in an organized, unbiased way.”

In addition to being the first known use of n-of-1 trials in this population, this study was the first in the field to use repeated 24-hour ambulatory blood pressure monitors to record readings periodically throughout the day, instead of only measuring patients when they are waiting anxiously at the doctor’s office.

“Gathering data only at the doctor’s office can lead to inflated readings because patients tend to be more nervous,” Samuel said. “The 24-hour monitoring gave us a much more complete and accurate snapshot of each patient’s blood pressure levels and helped us to avoid prescribing doses that were too high or too low.”

Throughout the series, 32 patients at UT Physicians clinics and Harris Health Lyndon B. Johnson Hospital were administered all three drugs in a random order for two-week periods. At the end of each period, patients wore a 24-hour monitor and completed a side-effect questionnaire. After trying all three drugs and repeating only the best ones, the physician, the patient and the family made a decision together on which medication would be prescribed long-term for the patient.

“Our finding that there was no single drug chosen for the great majority of patients, and that the difference between the drugs that worked the best and worst was so significant, prompted us to consider whether n-of-1 trials should be used in routine clinical practice because often there’s not just one drug that works for everyone. In the era of personalized medicine, this is big step towards individualizing how we treat patients. We need to find better ways of choosing which treatment we are going to use and tailoring our therapy for each patient,” Samuel said.

Samuel is now conducting another trial in patients seen at UT Physicians through the Houston Pediatric and Adolescent Hypertension Program at UTHealth. That trial randomizes participants to either the n-of-1 trial or the usual practice, which is physician’s choice, to see which approach is more effective to normalize blood pressure in patients. Study results are expected in 2020.

The study was supported by a Career Development Award from the Center for Clinical and Translational Sciences at UTHealth and funded by the National Institutes of Health (NIH), award 5KL2 TR000370. The funding body had no role in the writing of the manuscript or in the decision to submit the manuscript for publication.