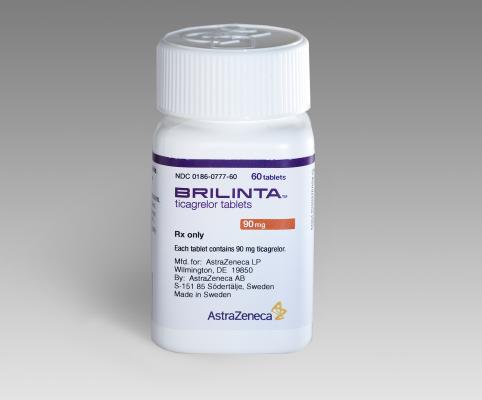 October 2, 2012 — AstraZeneca has announced the results from a sub-analysis of PLATO that evaluated the effects of age on clinical outcomes in patients with acute coronary syndrome (ACS). Results of the analysis suggest the overall findings from the PLATO study of a greater reduction in thrombotic cardiovascular (CV) events with Brilinta (ticagrelor) tablets plus aspirin compared to clopidogrel plus aspirin were consistent regardless of age. The PLATO age sub-analysis is important because approximately 33 percent of all ACS episodes occur in patients over 75 years of age. These data are now published in the September print and online issues of Circulation: Cardiovascular Quality and Outcomes, and were presented at the American College of Cardiology 2011 meeting.

“Elderly patients with ACS are at high risk for recurrent ischemic events and treatment-related complications,” said James Ferguson, M.D., executive director of medical affairs and strategic development, and vice president for global medical affairs at AstraZeneca. “This PLATO sub-analysis suggests that the clinical benefits of Brilinta vs. clopidogrel on thrombotic CV events were not significantly affected by age, and were similar in patients 75 years of age and older and younger patients.”

Specific data from this sub-analysis showed: