Late-breaking one-year data from real-world experience with fully repositionable and retrievable valve were consistent with previous results, and support that Portico can be successfully used in various anatomies in a real-world setting 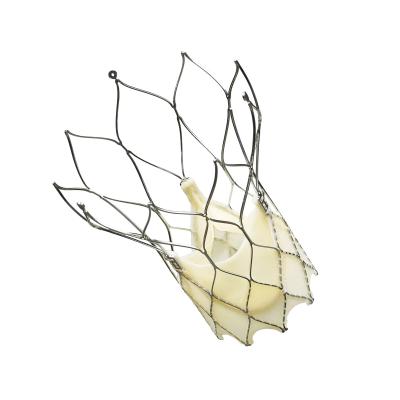 September 28, 2018 — At one year following transcatheter aortic valve replacement (TAVR), implantation with the Portico valve was safe and associated with low rates of stroke, death and leaks between patients' natural heart tissue and the Portico valve. The one-year results from the PORTICO I study were presented during a late-breaking session at the 30th Transcatheter Cardiovascular Therapeutics (TCT) scientific symposium, Sept. 21-25 in San Diego, and simultaneously published in the Journal of the American College of Cardiology.[1]

Results of the real-world, international, multicenter study at one year were consistent with 30-day results reported earlier in 2018; with data used to support CE Mark; and with data and results from other commercially available TAVR valves. Portico is under investigation in the United States.

The Portico transcatheter valve is a minimally invasive alternative to surgical aortic valve replacement for patients diagnosed with severe aortic stenosis who are high-risk candidates for open-heart surgery. Aortic stenosis is a common and life-threatening valve disease in which the aortic valve opening in the heart narrows and restricts blood flow from the left ventricle to the aorta. More than one in eight people aged 75 and older have moderate or severe aortic stenosis,[2] which reduces the heart's pumping ability. Most patients do not have symptoms for decades, but once symptoms appear, the prognosis is poor without surgical treatment,[3] manifesting in shortness of breath, fatigue, and ultimately heart failure.[4]

"Portico offers physicians the ability to safely and successfully treat patients suffering from symptomatic, severe aortic stenosis with a high level of confidence," said Lars Sondergaard, M.D., DMSc, Rigshospitalet, Copenhagen, Denmark and principal investigator of the study. "These one-year results in a real-world setting give us assurance that Portico is an excellent and important treatment option for patients with severe aortic stenosis who are at increased risk for open-heart surgery."

In this study, at one year, patients who received a Portico valve had low rates of mortality, stroke, paravalvular leak and sustained significantly improved hemodynamic performance. All-cause and cardiovascular mortality were 12.1 percent and 6.6 percent, respectively; disabling stroke was observed in 2.2 percent of patients and myocardial infarction in 2.5 percent. Mean aortic valve area increased from baseline (0.72 ± 0.37 cm2) to 30 days (1.79 ± 0.48 cm2) and was durable at one year (1.74 ± 0.49 cm2). Moderate paravalvular leak was low, decreasing from 3.9 percent of patients at 30 days to 2.6 percent of patients at one year. The proportion of patients classified with severe heart failure (NYHA Class III/IV[5]) decreased from 63.8 percent at baseline to 7.7 percent at one year.

The PORTICO I trial is an ongoing, prospective, long-term study of patients with symptomatic, severe aortic stenosis treated with Abbott’s self-expanding, repositionable Portico transcatheter aortic valve via a transfemoral access. The primary endpoint is all-cause mortality at one year. Secondary endpoints include device performance, improvement in functional capacity, and adverse event rates at 30 days, one year and annually thereafter for five years. The study is evaluating 941 patients treated between April 2013 and September 2017 at 61 sites across 14 countries in Europe, Australia and Canada.

Abbott recently received regulatory approval in Europe for a sheathless introduction of the Portico valve, which makes it easier for doctors to use the valve in patients with severe disease and complex anatomies. The small, sheathless profile may lower the risk of serious adverse events and vascular complications such as internal damage to the arteries.[6],[7],[8],[9]

Abbott received CE Mark for Portico in 2012, and has completed enrollment in the randomized treatment arm of a U.S. pivotal study.