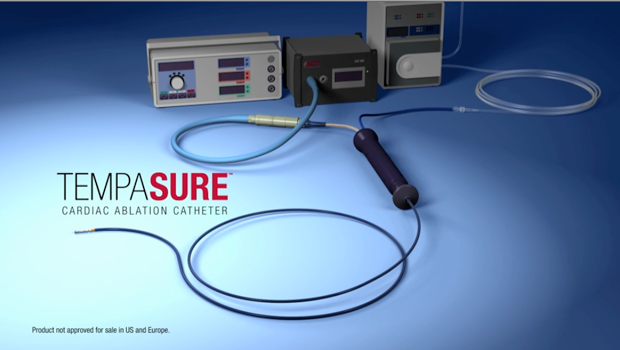 Jacob Koruth, M.D., of Mt. Sinai School of Medicine in New York presented results of a preclinical study confirming the ability of the Tempasure system to predict ‘steam pops,’ a risk of irrigated radiofrequency (RF) catheter ablation that can cause cardiac perforation, which can have severe clinical consequences.

“This pre-clinical study demonstrates that the Tempasure’s ability to measure tissue temperature during irrigated RF ablation allows for accurate prediction of steam pops,” said Vivek Reddy, M.D., FACC, director of electrophysiology laboratories at Mt. Sinai Medical Center, who serves on the company’s medical advisory board. “This represents a major step forward in catheter ablation because, with the precise temperature measurements possible with Tempasure during the ablation procedure, we can now eradicate this major safety concern for the electrophysiologist. I anticipate that Tempasure will also give the physician more confidence in the quality of each RF application."

Atsushi Ikeda, M.D., Ph.D., working with Hiroshi Nakagawa, M.D., Ph.D., of the University of Oklahoma Health Sciences Center, presented additional preclinical data showing that the Tempasure system can improve control and safety of RF lesion formation. Results of the presentation show that Tempasure’s measurement of temperature is highly correlated to lesion depth and accurately predicts the formation of steam pops.

“The preclinical data presented at HRS confirms the ability of the Tempasure system to prevent the occurrence of steam pops as well as predict lesion quality – promising an ablation technique with improved safety and efficacy for patients with cardiac arrhythmias,” said Bill Olson, president and chief executive officer of Advanced Cardiac Therapeutics. “We look forward to bringing this innovative technology to patients and physicians in Europe later this year.”

The Tempasure system is designed to improve patient outcomes of cardiac ablation procedures by providing electrophysiologists with real-time validation information and greater control in lesion creation. The system’s novel passive sensing microwave radiometry technology allows the electrophysiologist to measure the temperature of cardiac tissue during the ablation procedure, providing real-time information that enables proper energy delivery and lesion control. This technology enables, for the first time, measurement of tissue temperature with a saline-irrigated RF catheter.