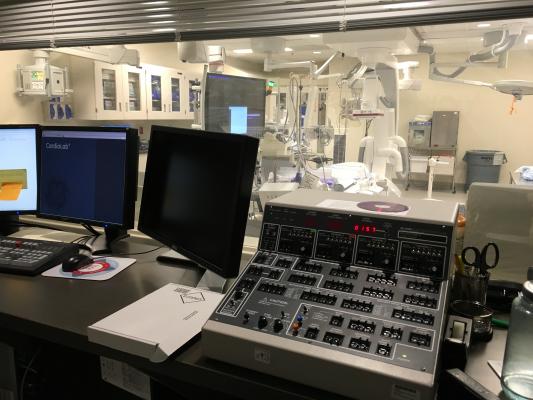 May 12, 2021 — Galaxy Medical and Japan Lifeline announced an exclusive distribution agreement for the Alpha1 ablation catheter in the United States, developed by Japan Lifeline for use with the Galaxy Centauri Pulsed Electric Field (PEF) System.  Under the terms of the agreement, Galaxy will pursue U.S. regulatory approval for Alpha1 in support of eventual commercialization of the CENTAURI PEF System.

PEF is a new type of ablation technology for use in electrophysiology (EP) procedures. It is also called electroporation, because the field it creates opens pores in the cell walls, leading to cell death. The goal is deliver more controlled lesions with less collateral damage.

The Alpha1 was engineered to handle the increased electrical demands associated with PEF therapy, without sacrificing the handling, flexibility or feel that physicians expect. It has an 8 French outer diameter, 4 mm platinum ablation tip and a full 180 degrees of bilateral deflection. It was optimized to work with the two major inventions that are unique to the Centauri PEF System:

"We have long sought to bring our outstanding ablation technologies to the U.S. market. In this partnership with Galaxy and their expertise in PEF technology, we aim to be at the forefront of innovation in ablation, bringing new therapies to the millions of people worldwide who suffer from cardiac arrhythmias," said Kei Suzuki, CEO of Japan Lifeline.

"We are thrilled to partner with Japan Lifeline on the first focal PEF system. Over the last several months, Galaxy and Japan Lifeline engineers have collaborated to design Alpha1, allowing PEF energy to target a wide array of arrhythmias," said Jonathan Waldstreicher, M.D., CEO of Galaxy Medical. "We chose to start with a focal approach because 87% of catheter ablations worldwide are performed in this manner, aligning with our mission of democratizing the use of PEF energy.  As we embark on clinical trials with the system, we hope to demonstrate enhanced safety and efficacy as compared to today's standard of care."

Centauri and Alpha1 are investigational devices and not commercially available.