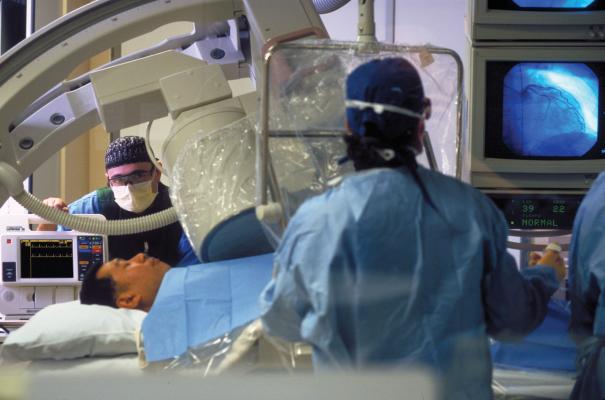 January 7, 2015 — Biotronik announced the publication of new findings from the REPLACE Registry in Circulation: Arrhythmia and Electrophysiology. The Biotronik-sponsored REPLACE Registry was the first worldwide study to examine complications related to pacemaker or implantable cardioverter defibrillator (ICD) replacement.

“The REPLACE DARE score emerged from the results of the prospective multicenter REPLACE Registry, a sub-analysis of which revealed six risk factors predictive of mortality,” commented the study’s primary author  Mina Chung, M.D., Cleveland Clinic, Cleveland, Ohio. “With the REPLACE DARE score physicians can, for the first time, estimate the mortality risk for their own patients who are undergoing device replacement or upgrade. As most cardiac device patients will require one or more generator replacements, the REPLACE DARE Score has many practical implications.”

The REPLACE Registry enrolled 1,744 patients with any cardiac device manufacturer’s pacemaker or ICD and leads. These patients were divided into two cohorts – with or without lead revision or addition. No deaths were seen during the replacement procedure. Six months later, the death rate was 3.6 percent in the group without additional lead replacement, and 4.6 percent in the group with additional lead replacement. The initial results of the trial were published in Circulation in 2010.

“The REPLACE DARE Score is particularly relevant for elderly patients or those with significant comorbidities who are considering whether the benefits of device or lead replacement outweigh the possible risks,” explained national principal investigator for the study Jeanne Poole, M.D., director of electrophysiology at the University of Washington, Seattle. “Our goal, however, is to make such calculations available to physicians who stand to benefit from a clear-eyed assessment of such a procedure’s potential risks. The score may also, importantly, help to reassure those patients for whom the procedure carries relatively little risk. We therefore created a website hosting the easy-to-use online tool which automatically scores individual patients according to the REPLACE DARE Score’s clinical factors.”

The REPLACE DARE Mortality Risk Score calculator is now available at replacedare.org. It features a site design optimized for use on mobile devices like tablets and smartphones and is free to use.