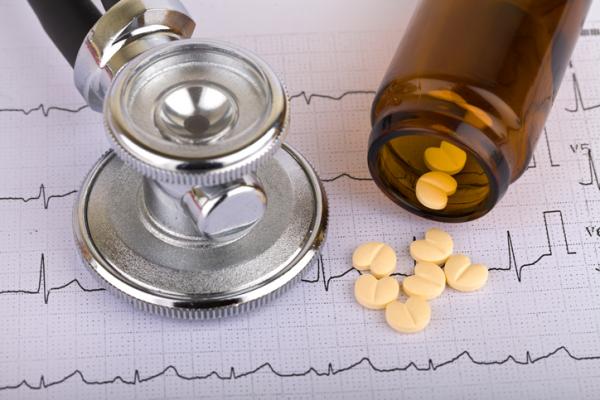 May 17, 2021 — The anticoagulant rivaroxaban (Xarelto), in addition to low-dose aspirin, significantly reduced the occurrence of total severe events of the heart, limb or brain and issues related to other vascular complications in patients with symptomatic peripheral artery disease (PAD) who underwent lower extremity revascularization. The findings from the VOYAGER PAD trial were presented at the American College of Cardiology (ACC) 2021 Scientific Session, expand on earlier data and underscore the broad absolute benefits of this strategy in this high-risk patient population, researchers said.

“To our knowledge, this is the first time that the addition of low-dose rivaroxaban to aspirin has been clearly shown to reduce the occurrence of both first and total adverse events in patients with PAD who have undergone lower extremity revascularization but remain at high risk for a heart attack, stroke or recurrent arterial blockage in a limb,” said Rupert Bauersachs, M.D., director of vascular medicine at the Darmstadt Clinic in Germany and lead author of the study. “The benefits we saw in the trial for first events were statistically significant and entirely consistent with those for total events. Rivaroxaban 2.5 mg twice daily with aspirin should be considered as adjunctive therapy after revascularization to reduce first and subsequent adverse outcomes.”

An estimated 10 million U.S. adults and 200 million people worldwide have PAD, which is often associated with leg pain, difficulty walking and poor circulation that can lead to non-healing wounds and a high rate of limb loss. People with PAD are at very high risk for serious complications, including acute limb ischemia—similar to a heart attack or stroke of the leg—that can lead to limb amputation or death if not treated quickly. Patients with symptomatic PAD are commonly treated with procedures to open arteries in the leg to improve symptoms and prevent limb loss, but they remain at very high risk for adverse events. Overall, about 1 in 4 patients with symptomatic PAD require a repeat procedure to open a blocked leg artery.

“There is a need for greater awareness that PAD is a distinct disease state and that patients with PAD have a high risk for cardiovascular adverse events and are generally a very vulnerable population, especially in the post-revascularization setting,” Bauersachs said. “Care for these patients is often fragmented because the surgeon who performs the revascularization may not follow them for complications or recurrences. They deserve to receive optimal treatment to reduce the risk of recurrences.”

The randomized, double blind, international VOYAGER PAD trial, enrolled 6,564 patients in 34 countries who had PAD and had undergone lower extremity revascularization. The patients’ median age was 67 years and 74% were men. Patients were randomly assigned to receive rivaroxaban or a placebo in addition to daily aspirin. The trial was double blinded, meaning that neither the patients nor their doctors knew who was receiving rivaroxaban and who was receiving the placebo. The trial’s primary endpoint was timed to the first event of a composite of acute arterial blockage in the leg (called acute limb ischemia), leg amputation due to blood-vessel disease, heart attack, stroke or death due to cardiovascular causes. Another prespecified endpoint was the total number of vascular events, including recurrent primary endpoint events as well as other vascular events like blood clots in the leg veins or lungs or the need for repeat vascular procedures. The median follow-up time was 28 months after patients underwent revascularization.

The research team reported in a late-breaking clinical trial presented at ACC.20/WCC that the trial met its primary endpoint, with a 15% statistically significant reduction in the risk of a first major adverse limb or cardiovascular event seen in patients who received rivaroxaban compared with those who received the placebo. The current study reports on the total number of vascular events with over 4,700 occurring in the 6,564 randomized over three years.

“There were 342 fewer adverse events in the rivaroxaban group than in the placebo group, which translates to an absolute reduction in risk of 12.5%,” Bauersachs said. “In a high-risk population, that is a big gain in avoiding the need for patients to come back with vascular complications.”

The 6,564 study participants experienced a total of 4,714 vascular events during the study period with 2,301—or about one-third—experiencing at least one vascular event, Bauersachs said.

“So, during approximately three years of follow-up, about 2-3 out of 6 patients with PAD had a vascular event in spite of high utilization of background medical therapy. This overall rate of vascular events is eye-opening and speaks to the high vulnerability of this patient population,” Bauersachs said. “First events are just the tip of the iceberg.”

A limitation of the study is that the trial was designed to assess the occurrence of first adverse events following lower extremity revascularization, Bauersachs said. Therefore, in a double blinded trial, patients may come off study treatment or go on to other therapies after an event, which can attenuate the observed benefit.

Assessment of the total number of adverse events, however, was a prespecified secondary endpoint and despite this limitation, the findings were statistically significant and robust in absolute terms.

This study was simultaneously published online in the Journal of the American College of Cardiology at the time of presentation. The study was funded by pharmaceutical companies Bayer and Janssen.