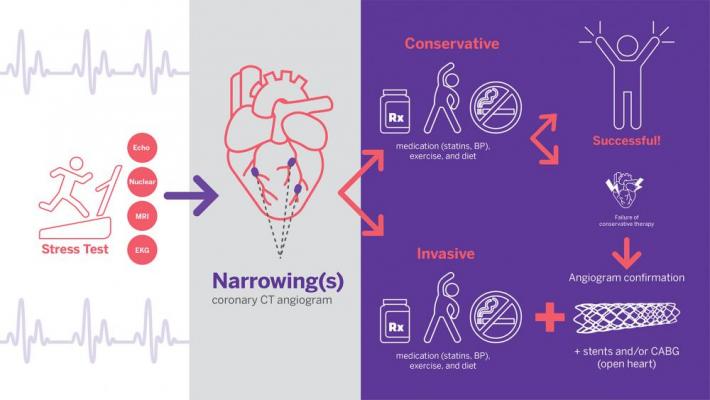 March 28, 2020 — Women with coronary artery disease that reduces blood flow and oxygen to the heart muscle (ischemia) have significantly more chest pain caused by plaque build-up, yet less extensive disease as compared with men, according to new research presented at the American College of Cardiology (ACC) 2020 conference, being presented virtually onlinwe this year due to the COVID-19 pandemic.

The study, which included a subset of women and men from the ISCHEMIA Trial who received abnormal stress test results indicative of moderate to severe ischemia, is the first to look at sex differences within this patient population. Those with open arteries, or no obstructive coronary artery disease, on further testing were excluded from this analysis. Because women were more than three times as likely as men to have non-obstructive disease (34 vs. 11 percent), women only comprised 23 percent of study participants, with 4,011 men and 1,168 women ultimately being enrolled. Women in the study had 38 percent higher odds of having more chest pain than men, even after considering other factors such as age, race, stress test findings, medication use, smoking, diabetes, high blood pressure, prior heart attack, kidney function and
overall heart function. 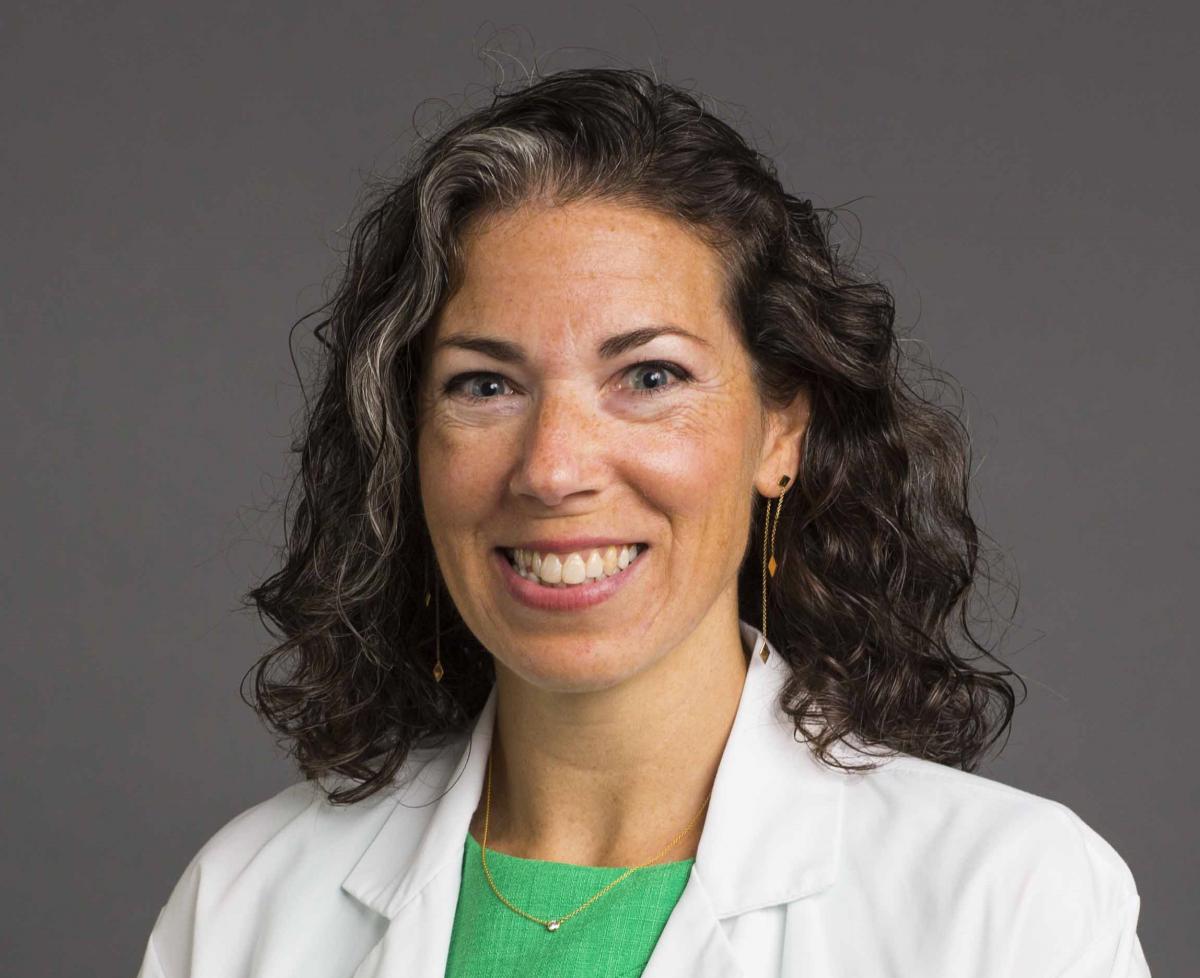 “Women are having more chest pain even though they have less plaque on imaging, and yet they have very abnormal stress test results,” said Harmony Reynolds, M.D., director of the Sarah Ross Soter Center for Women’s Cardiovascular Disease at NYU Langone Health and the study’s lead author. She said the results beg the question of why and what might be different about the biology of how plaque forms in men and women, especially as more severe angina is typically associated with higher rates of events like heart attack or death.

“The heart has nerves that can sense when there isn’t enough blood flow, but we can’t always tell if those nerves have been activated by a large amount of heart muscle or a smaller amount,” Reynolds explained. “Just like a small cut on your finger can really sting and hurt and yet it may hardly look like anything. So when it comes to the burden of chest pain in these women, is it because the activation of nerve endings in a relatively smaller amount of heart muscle will raise the red flag in a woman’s brain differently, or is it because there are other factors going on in women, like small vessel disease, that we aren’t assessing with the tests that we are using?”

The results underscore the need for more research and for clinicians to adopt a dual focus to prevent cardiovascular events and worsening disease, as well as to better control symptoms to improve patients’ quality of life.

For this study, patients from the ISCHEMIA trial were included based on very abnormal stress test findings and presence of some degree of narrowed coronary arteries. Women were found to have less ischemia on stress tests than men even though they had more angina. Those tests included stress nuclear tests, stress echocardiograms and stress MRI tests. Chest pain symptoms were assessed using the validated Seattle Angina Questionnaire, which asked questions about how often patients experience chest pain and whether it affects daily activities, such as walking briskly, lifting, cooking, vacuuming, bathing and more.

“Even when women have very abnormal stress tests — more characteristic of what we think of as typical ‘male type’ coronary heart disease — they have less extensive atherosclerosis and yet they are still having more symptoms as compared to men,” Reynolds said. “These findings suggest that just because there may not be as much plaque, many women may have chest pain that limits their daily activities, and we have medicines that can improve chest pain from heart disease.”

This analysis is limited in that it only includes people with very abnormal stress tests. In addition, people whose symptoms were uncontrollable with medication could not be enrolled in the study.