Signs of Stress in the Brain May Signal Future Heart Trouble 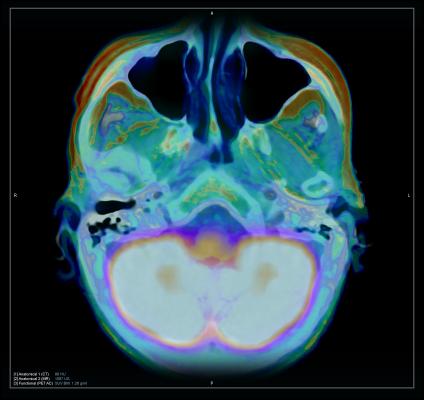 April 5, 2016 — New research shows individuals with a greater degree of activity in the stress center of the brain also have more evidence of inflammation in their arteries and were at higher risk for cardiovascular events, including heart attack, stroke and death. The study was presented at the American College of Cardiology’s 65th Annual Scientific Session, April 2-4 in Chicago.

While there has been mounting evidence of the strong link between stress and heart disease, relatively little is understood about the mechanisms behind this stress response and what might put someone at risk for cardiovascular disease. This is the first study to use medical imaging to show a possible association between biochemical activity in the brain and arterial inflammation. Arterial inflammation is a key component of atherosclerotic disease — the buildup of plaque in the artery walls that restricts blood flow through the body and is highly predictive of future cardiovascular events and stroke.

“Our study illuminates, for the first time, a relationship between activation of neural tissues — those associated with fear and stress — and subsequent heart disease events,” said Ahmed Tawakol, M.D., co-director of the cardiac magnetic resonance (MR)/positron emission tomography (PET)/computed tomography (CT) program at Massachusetts General Hospital and co-author of the study. “There is a need to develop greater knowledge in terms of the mechanism that translates stress into cardiovascular disease risk, given the prevalence and potency of stress as a risk factor.”

Data show the more activity occurring in the amygdala — the stress center of the brain — the more inflammation patients had in their arteries and the greater the likelihood of having cardiovascular events. There was also a corresponding activation of the bone marrow. Bone marrow releases immune cells called monocytes that can trigger inflammation in other parts of the body.

Researchers examined PET/CT scans for 293 patients (average age of 55 years) who originally received the test between 2005 and 2008 for cancer evaluation but were found to be free of active disease. The scans allowed researchers to objectively measure activity in regions of the brain, as well as the bone marrow and arteries. Patients were excluded if they had evidence of cancer, established cardiovascular disease or were younger than 30 years old. An hour before the scan, patients were injected with a radioactive atom attached to a glucose molecule as a tracer; tissues that were more active would metabolize more of the glucose and glow more brightly on the scan. A radiologist who had no knowledge of the patient’s history or identifying characteristics measured the images. Activity in the amygdala was compared to other regions in the brain. Researchers then grouped patients based on the relative magnitude of brain stress activity.

The researchers further observed that activation of the brain’s fear centers, bone marrow activation and arterial inflammation may together contribute to a mechanism that provokes cardiovascular events. Tawakol said this points to the need for future studies to test whether interrupting this mechanism reduces the burden of cardiovascular disease associated with stress.

“Over the past several years, it’s become clear that stress is not only a result of adversity but may itself also be an important cause of disease. The risks of heart disease linked to stress is on par with that for smoking, high blood pressure, high cholesterol and diabetes, yet relatively little is done to address this risk compared to other risk factors,” Tawakol said. “We are hopeful studies like this bring us closer to understanding how stress may lead to heart disease.”

While researchers were able to objectively measure stress activity in the brain, the retrospective nature of the study meant that they could not compare it to subjective measures of patients’ stress levels. Additionally, the patient population is limited to individuals who received PET/CT scans to screen for cancer.

Still, Tawakol said the study findings prompt the question of whether treating stress and reducing the activation of the fear center of the brain may lead to less atherosclerotic inflammation and, ultimately, reduce cardiovascular events. Larger prospective studies are needed.