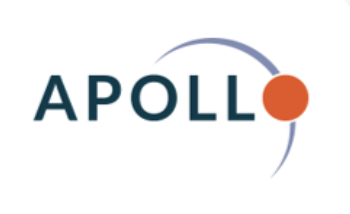 April 3, 2022 — Silence Therapeutics, a leader in the discovery, development and delivery of novel short interfering ribonucleic acid (siRNA) therapeutics for the treatment of diseases with significant unmet medical need, today presented detailed results from its phase 1 APOLLO trial that showed SLN360, an investigational siRNA, reduced levels of lipoprotein(a) (“Lp(a)”), an important genetic risk factor for heart disease, by up to 98% in healthy adults with high Lp(a).

Findings from the “APOLLO Trial: Magnitude and Duration of Effects of a Short-interfering RNA Targeting Lipoprotein(a): A Placebo-controlled Double-blind Dose-ranging Trial” were presented today during a Late Breaking Science Session at the American College of Cardiology’s 71st Annual Scientific Session (ACC.22) and simultaneously published online in the Journal of the American Medical Association.

“We thought it would work, but we were surprised by the magnitude and the duration of the effect,” said Steven E. Nissen, M.D., Chief Academic Officer of the Heart, Vascular and Thoracic Institute at Cleveland Clinic and the study’s lead author. “Lipoprotein(a) is the last frontier in lipids, and there has never been a treatment that’s been shown to benefit these patients. These findings from the APOLLO study support further development of SLN360.”

High Lp(a) affects around 20% of the world’s population and is associated with a high risk of heart attack, stroke and aortic stenosis. There are no approved medicines that selectively lower Lp(a). SLN360 is a siRNA that is designed to lower Lp(a) production by targeting messenger RNA transcribed from the LPA gene.

The phase 1 APOLLO trial evaluated SLN360 in 32 adults at five medical centers in the U.S., UK and Netherlands. All participants had plasma concentrations at screening of Lp(a) ≥150 nmol/L with a median level of 224 nmol/L (75 nmol/L or less is considered normal). Individuals were randomly assigned to receive a single subcutaneous dose of SLN360 (30 mg, 100 mg, 300 mg or 600 mg) or placebo and were observed closely for the first 24 hours, then periodically assessed for 150 days.

There were no serious safety concerns reported and the most common side effect was temporary redness at the injection site.

Participants receiving 300 mg and 600 mg of SLN360 had up to 96% and 98% median reduction in Lp(a) levels, respectively, and median reductions of up to 71% and 81% from baseline persisted at 150 days. Those receiving a placebo saw no change in Lp(a) levels. The study follow-up period has been extended to 365 days to further assess the duration of action.

“These first-in-human data for SLN360 demonstrate its potential to address a major unmet need in cardiovascular disease affecting 1 in 5 people worldwide,” said Giles Campion, MD, EVP, Head of R&D and Chief Medical Officer at Silence. “The study showed SLN360 was well tolerated and substantially reduced Lp(a) levels with long lasting effects. We remain very encouraged by these data and look forward to further evaluating SLN360 in the clinic.”

Silence is evaluating SLN360 in the multiple-ascending dose portion of the APOLLO phase 1 study in patients with high Lp(a) that have a confirmed history of stable atherosclerotic cardiovascular disease (“ASCVD”). Silence plans to initiate the SLN360 phase 2 ASCVD study in the second half of 2022, pending regulatory discussions.