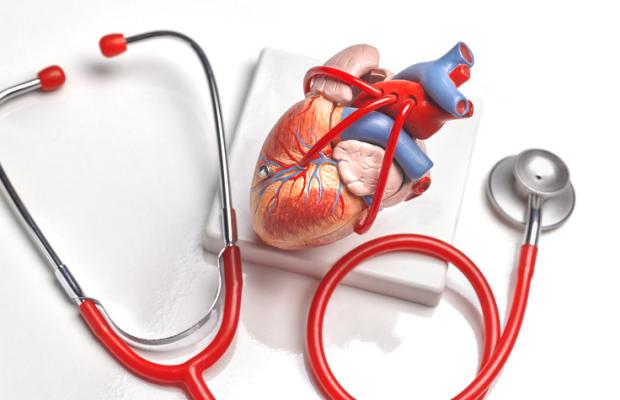 April 1, 2022 — A new joint guideline published today from the American College of Cardiology, the American Heart Association, and the Heart Failure Society of America, increases the focus on preventing heart failure (HF) in people who are showing early signs of “pre-heart failure,” and updates treatment strategies for people with symptomatic heart failure to include SGLT-2 inhibitor (SGLT2i) medicines. The guideline also offers recommendations for managing cardiac amyloidosis, cardio-oncology complications, comorbidities in the setting of heart failure, as well as consideration for implantable devices and advanced therapies for people with stage D heart failure.

Heart failure is a chronic condition that is usually manageable with medication and lifestyle changes. The most common causes of heart failure include narrowed heart arteries, heart attack, high blood pressure and valvular heart disease. Other causes can include, but are not limited to, familial or genetic cardiomyopathies, amyloidosis, metabolic disease, autoimmune disorders or exposure to cardiotoxic agents, such as chemotherapy or other medications. Primary prevention is important for those at risk of HF or pre-HF.

“One primary goal with the new guideline was to use recently published data to update our recommendations for the evaluation and management of heart failure,” said Paul A. Heidenreich, MD, MS, guideline writing committee chair. “One focus was prevention of heart failure through optimizing blood pressure control and adherence to a healthy lifestyle.”

The ACC/AHA stages of heart failure, from A – D, emphasize the development and progression of the disease, with advanced stages indicating more serious disease and reduced survival rate. The new guideline revised these stages to identify HF risk factors early, which is stage A, at risk for HF, and to provide treatment before structural changes or signs of decreased heart function occur, which is stage B, pre-HF. The stages are:

With approximately 121.5 million people in the U.S. with high blood pressure, 100 million with obesity, and 28 million with diabetes, a large proportion of the U.S. population can be categorized as stage A and at risk for HF. For people in this category the guideline recommends blood pressure control according to the latest guidelines. A normal resting blood pressure should be below 120/80 mmHg. People with Type 2 diabetes and either established cardiovascular disease or at high cardiovascular risk are recommended to consider SGLT2i medicines, which are shown to improve survival in these populations. In general, the mainstays of cardiovascular disease prevention are recommended to reduce HF risk: healthy lifestyle habits such as physical activity, healthful dietary patterns, avoiding smoking and maintaining a healthy weight.

While stage A (at risk) recommendations are also applicable for those in stage B, people who have pre-HF have an opportunity to incorporate additional medications to prevent symptomatic HF. For people with stage B HF with left ventricle ejection fraction (LVEF) ≤40%, ACE-inhibitors (angiotensin-converting-enzyme inhibitors, or ACEi) should be used to prevent HF symptoms from developing. Angiotensin receptor blockers (ARBs) may be prescribed for individuals with an intolerance or contraindication to ACEi. Both medications help relax the blood vessels and reduce blood pressure. Cholesterol-lowering statins are recommended for people with a history of heart attack or acute coronary syndrome.

People who have progressed to stage C with HF symptoms should receive care from multidisciplinary teams to facilitate guideline-directed medical therapy and self-care support for learning to manage symptoms. Self-care support includes understanding the importance of taking medicine as directed and maintaining healthy behaviors such as restricting sodium intake and staying physically active. They should also understand how to monitor themselves for signs of worsening HF and what to do about these symptoms. Screenings to identify potential medical or social barriers for effective self-care are recommended, as well as education and support reduce rehospitalization and improve survival. Individuals with stage C HF should be fully vaccinated against respiratory illnesses including COVID-19.

“In recent years, there has been an increase in rigorous science assessing how best to treat symptomatic heart failure. With this new guideline, the writing committee hopes to inform better treatment options for a broader number of our patients with heart failure,” Heidenreich said.

For individuals with stage C HF, the new guideline refines the current four classifications of HF based on LVEF with new terminology:

Individuals with HFmrEF or those with LVEF 41-49% should be treated first with an SGLT2i along with diuretics as needed. ARNi, ACEi, ARB, MRA and beta blockers are considered weaker recommendations in this population, as the evidence in this population is less robust. As LVEF may change over time, people with HFmrEF should have repeat evaluations of LVEF.

People with HFpEF and hypertension should aim for blood pressure targets in accordance with clinical guidelines. For people with HFpEF, SGLT2i may be beneficial in decreasing HF hospitalization and cardiovascular mortality. Management of atrial fibrillation can also improve symptoms. In select individuals with HFpEF, MRAs, ARBs and ARNi may be considered, particularly among people with LVEF on the lower end of the spectrum of HFpEF.

The guideline also includes recommendations for implantable cardiac devices and cardiac revascularization therapy, diagnosis and treatment of cardiac amyloidosis, specialty referrals for individuals with stage D advanced HF, and recommendations for management of atrial fibrillation and valvular heart disease in HF and cardio-oncology.

The “2022 AHA/ACC/HFSA Guideline for the Management of Heart Failure” will publish simultaneously in the Journal of the American College of Cardiology, the American Heart Association’s flagship journal Circulation and the Journal of Cardiac Failure.