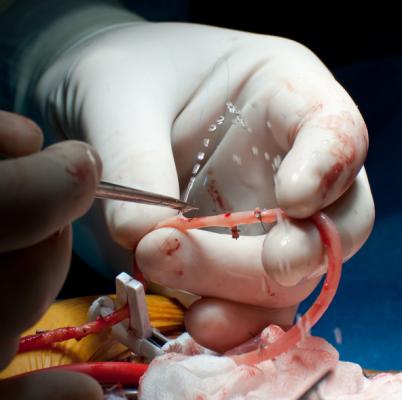 These data were presented at the American Heart Association’s Scientific Sessions 2021 annual meeting.

The Phase 2 study met the primary endpoint of safety and tolerability of AZD8601. In the study of 11 patients, seven were treated with AZD8601 VEGF-A mRNA and four received placebo injections. Numerical trends were observed in endpoints in the heart failure efficacy domains compared with placebo, including increase in left ventricular ejection fraction (LVEF) and patient reported outcomes. In addition, all seven patients treated with AZD8601 had NT-proBNP levels below heart failure (HF) limit at six months follow-up compared to one of four patients treated with placebo.

“mRNA is a compelling therapeutic modality because of its ability to act locally and transiently, while driving dose-dependent protein expression. We thank AstraZeneca for their partnership and collaboration, which began in 2013, in advancing this program,” said Stéphane Bancel, chief executive officer of Moderna. “The results presented today are a result of pushing new boundaries in the treatment of cardiovascular and other ischemic vascular diseases to address serious unmet needs with the goal of improving patients’ lives.”

“Over one billion heart cells can be lost during a heart attack. These early results indicate the potential of mRNA therapeutics in stimulating VEGF-A production to provide reparative and disease-modifying options for patients with heart failure and other ischemic vascular diseases,” said Mene Pangalos, executive vice president, BioPharmaceuticals R&D, AstraZeneca.

AZD8601 is an investigational, locally administered mRNA therapy that encodes for VEGF-A. EPICCURE is a randomized, placebo-controlled, double-blind, multicenter, 6-month, Phase 2a clinical trial of the safety, tolerability, and exploratory efficacy of epicardial injections of AZD8601 in patients with stable coronary artery disease and moderately decreased LVEF who are undergoing CABG surgery. Exploratory efficacy endpoints included left ventricular ejection fraction, NT-proBNP (a biomarker which measures the level of a hormone which is elevated in patients with heart failure), and functional patient reported outcomes.

Heart failure affects approximately 40 million adults globally and it is estimated that the prevalence will increase by 46% in the next decade. The prognosis of heart failure remains poor, with mortality estimated at approximately 25-50% in patients at only five years from diagnosis. Heart failure is also a burden on the healthcare system, representing 2% to 3% of national health expenditures in high-income countries, which is projected to double in the next 20 years.

The Phase 2 study of AZD8601 is being conducted by AstraZeneca and is evaluating safety and tolerability in patients with chronic heart failure. Patients undergoing coronary artery bypass surgery (CABG) with reduced left ventricular ejection fraction were randomized to a series of epicardial injections in ischemic but viable myocardium at the time of surgery with AZD8601 or placebo. Study endpoints include safety and tolerability, as well as exploratory efficacy endpoints including coronary blood flow, left ventricular function, wall motion and overall cardiac function. Clinical symptoms were evaluated through established quality of life questionnaires as well as biomarkers including NT-proBNP, markers known to be associated with cardiac prognosis. Patients were followed for 6 months.

About Pre-clinical & Phase 1 Studies of AZD8601

The Phase 1 study of AZD8601 evaluated safety and angiogenic potential in men with Type 2 diabetes. Participants received intradermal injections of AZD8601 or placebo at randomized sites on their forearm, acting as their own controls. Intradermal VEGF-A mRNA was well tolerated and led to local functional VEGF-A protein expression 24 hours after administration as well as transient local enhancement of basal skin blood flow at four hours and seven days after administration. The results supported the suggestion that AZD8601 has the potential for regenerative angiogenesis

mRNA is responsible for carrying genetic instructions transcribed from DNA, which cells then translate to produce proteins. Proteins are responsible for directing the body’s biological functions. Moderna’s mRNA therapeutics are designed to trigger the cellular machinery to produce specific proteins. In this application, AZD8601 may enable the delivery of genetic instructions to spur the production of the paracrine factor VEGF-A.