Data show four times higher death rate for moderately to severely depressed patients than those with no or mild depression, but rehab decreased death rate of first group 75 percent 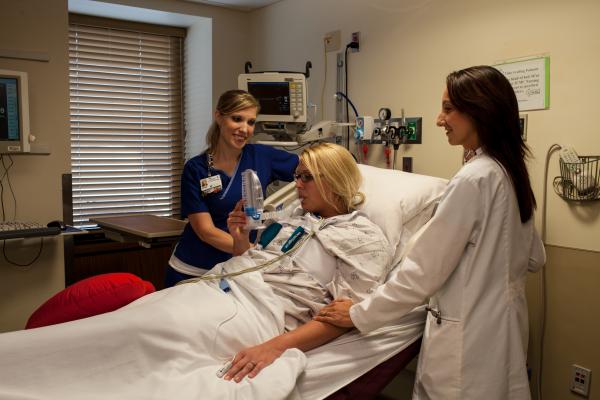 November 15, 2016 — Depression has been known to be associated with poor cardiovascular outcomes. But if patients who are depressed attend cardiac rehabilitation after heart surgery, their risk of death is significantly reduced, according to a new study.

“We know the presence of moderate to severe depressive symptoms prior to cardiovascular surgery is a major risk factor for death, but our study shows that if those patients attend cardiac rehabilitation, their risk for death decreases significantly,” said the Intermountain Medical Center Heart Institute’s Viet Le, MPAS, PA, lead author of the study.

Results of the study were presented at the 2016 American Heart Association’s Scientific Session, Nov. 12-16 in New Orleans.

Le said several benefits of cardiac rehabilitation may play a role in reducing the risk for death in heart patients after cardiovascular surgery.

“We think cardiac rehab helps patients to manage their expectations as they return to work and life,” he said. “This comes from having a support group of fellow patients who may be further along in their rehab, as well as having exercise and activity protocols managed by experienced staff who can encourage consistent follow-up as well as ‘slow’ an overly enthusiastic patient. Getting patients out of their home after surgery, where they may overthink the effects of the disease, to a place where their job is to heal can enhance not only their physical recovery but their emotional health.”

The research indicates that patients who attend rehabilitation after surgery reduced their risk of death by nearly half, Le said, but further study is required to determine whether other factors contribute to this result, as well.

Among patients with moderate to severe depression however, attending cardiac rehabilitation significantly decreased their risk of death by 74 percent (HR=0.26, p=0.02).

Intermountain Medical Center is the flagship facility for the Intermountain Healthcare system, which is based in Salt Lake City.