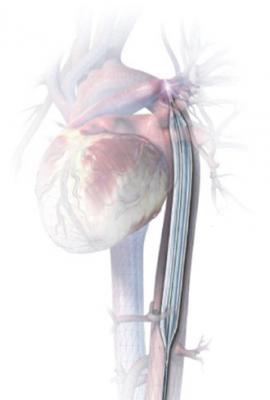 March 26, 2012 — Maquet announced positive long-term mortality results from the Balloon Pump-Assisted Coronary Intervention Study (BCIS-1), which evaluated the effect on major complications and mortality of elective use of an intra-aortic balloon pump (IABP) in patients with low ejection fraction undergoing high-risk percutaneous coronary intervention (PCI). Results from five years of follow-up showed that elective IABP use during PCI was associated with a 34 percent reduction in all-cause mortality, a significantly lower rate than in patients who had no planned IABP insertion prior to PCI. The long-term data were presented in an oral session at the American College of Cardiology (ACC) Annual Scientific Session in Chicago.

PCI in patients with impaired left ventricular function is associated with significant mortality and morbidity. These high-risk patients may not be able to withstand the consequences of ischemia or arrhythmias that may occur during PCI and thus are at risk of cardiogenic shock or death. In these circumstances, vital hemodynamic support can be provided by an IABP, which works by increasing coronary flow and reducing the oxygen demand of the heart. As such, IABPs have been shown to be beneficial in situations such as cardiogenic shock, where there is low blood pressure and poor heart function. The BCIS-1 study was the first randomized, controlled, multicenter trial to assess the efficacy and safety of elective IABP use in patients undergoing high-risk PCI.

“The BCIS-1 trial was a rigorously designed and conducted trial, and the long-term follow-up results are encouraging because they demonstrate that mortality following high-risk PCI can be reduced by elective insertion of an IABP,” said Divaka Perera, M.D., M.A., a co-investigator of the BCIS-1 trial, a consultant cardiologist at St. Thomas’ Hospital in London and a senior lecturer at King’s College London. “These five-year findings validate the prophylactic use of an IABP. These devices not only provide vital hemodynamic support for appropriate patients, but contribute to a long-term reduction in mortality.”

The prospective, open, randomized, controlled, multicenter BCIS-1 trial randomized 301 high-risk patients to either elective IABP use and PCI or no planned IABP use and PCI, with rescue IABP permitted. All patients had severe left ventricular dysfunction (i.e., an ejection fraction of  less than 30 percent) and extensive coronary disease (i.e., a large amount of myocardium at risk). The primary endpoint was major adverse cardiac and cerebrovascular events (MACCE) at the time of hospital discharge or 28 days after PCI. The trial was conducted in 17 cardiac centers in the United Kingdom. The follow-up study involved collecting mortality data for all study participants for up to five years. The primary endpoint was all-cause mortality.

After five years of follow-up (median=51 months), elective IABP use during PCI was associated with a 34 percent reduction in all-cause mortality, a significantly lower rate than in patients who had no planned IABP insertion prior to PCI (p=0.039). Among patients who had elective IABP, 94 percent had procedural success, as did 93 percent of those with no planned IABP.

The BCIS-1 trial was sponsored by the British Cardiovascular Intervention Society, with unrestricted educational grants from Maquet Cardiovascular, Cordis and Johnson & Johnson.