Same group was found to be eight times more likely to die from any kind of heart disease compared to children and young adults without diabetes. 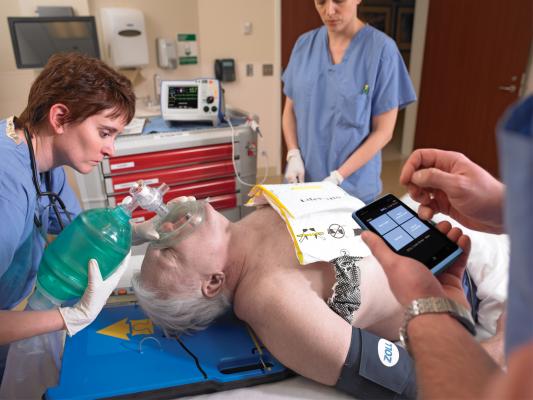 Sudden cardiac death is defined as a sudden, unexpected death that occurs instantly or shortly after symptoms appear. It is often caused by malfunctions in the heart's electrical system. The study, which was conducted in Denmark, also found that overall, compared to those without diabetes, children and young adults, ages 1-49, with diabetes were eight times more likely to die from any kind of heart disease, such as heart failure or the chronic narrowing of arteries known as atherosclerosis, compared to children and young adults without diabetes.

Young people with diabetes may be at increased risk for sudden cardiac death because of abnormalities in their blood vessels caused by the disease.

“Although we have become better at helping people manage both Type 1 and Type 2 diabetes, it is still associated with increased risk of death, especially among young people,” said Jesper Svane, B.M., a research student at Copenhagen University Hospital, Rigshospitalet, Copenhagen, Denmark.

The study is one of the first to examine causes of death and cause-specific death rates among children and young adults with diabetes in a nationwide setting.

Svane said that because the Danish study population was 89 percent Caucasian, the findings may not be applicable to other western countries, due to differences in demographics and in the organization of the healthcare systems of Denmark and the United States. Other studies have shown that death patterns, especially regarding sudden cardiac death, are heavily influenced by ethnicity, so the findings cannot directly be extended to other countries with more ethnically diverse populations.

The study population consisted of all persons in Denmark age 1 to 35 in 2000-09 and age 36 to 49 in 2007-09. During the 10-year study period 14,294 deaths occurred, and cause of death was established based on information from death certificates and autopsy reports. The Danish Register of Medicinal Product Statistics, which holds information on all prescriptions dispensed from Danish pharmacies, was used to identify persons with either Type 1 or Type 2 diabetes. Among those who died, 669 (5 percent) had diabetes, of which 471 (70 percent) had Type 1 and 198 (30 percent) had Type 2.

“In light of the results from this study, tight control and effective treatment of blood lipids, blood pressure, and blood glucose is also important among children and young persons with diabetes,” said Svane.

“Our study shows the importance of early and continuous cardiovascular risk monitoring in children and young adults with diabetes,” Svane said. “Healthcare providers need to be aware that even young patients with diabetes have elevated risk of mortality and that this is mainly explained by increased risk of sudden cardiac death.”