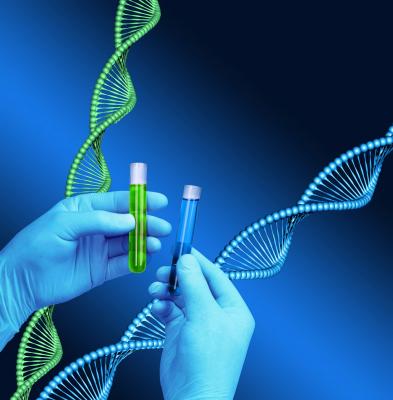 November 9, 2016 — The recent, sudden death of a 13-year-old boy resulted in more than 20 relatives being incorrectly diagnosed as having a potentially lethal heart rhythm condition. This erroneous diagnosis occurred as a result of inappropriate use of genetic testing and incorrect interpretation of genetic test results, according to Mayo Clinic research published in Mayo Clinic Proceedings.

This case highlights the potential danger of genetic testing when it is used incorrectly, and the great need to not only use this powerful tool carefully and wisely but to scrutinize the results with great caution, said senior author Michael J. Ackerman, M.D., Ph.D., genetic cardiologist and director of Mayo Clinic’s Windland Smith Rice Sudden Death Genomics Laboratory.

“While the technological advances in genetic sequencing have been exponential, our ability to interpret the results has not kept pace,” he said.

Following the boy’s death, family members were diagnosed with long QT syndrome, an inherited heart rhythm condition that potentially can cause fast and chaotic heartbeats. In some cases, it can cause sudden cardiac death. People can be born with a genetic mutation that puts them at risk of long QT syndrome. As a result, the boy’s brother prophylactically received an implantable cardioverter defibrillator, which can stop a potentially fatal arrhythmia. Specific genetic testing was performed throughout the father’s side of the family, leading to the eventual, but incorrect, diagnosis of long QT syndrome in more than 20 family members, Ackerman said.

The family then traveled to Mayo Clinic for a second opinion. During the course of their initial clinical evaluations, Ackerman became skeptical quickly of their previous diagnosis. Over the years, 40 percent of the patients who came to Mayo Clinic with the diagnosis of long QT syndrome left without the diagnosis, with the vast majority reclassified as normal.

“This family’s case appeared to be another case of mistaken identity with wrong conclusions being rendered to the data ascertained, especially the genetic test results,” he said. “In fact, none of the relatives who sought a second opinion at Mayo Clinic had personal symptoms of long QT syndrome, and none exhibited any electrocardiographic evidence of long QT syndrome at rest or with treadmill stress testing.” Since receiving the implantable cardioverter-defibrillator, the boy’s brother has had two inappropriate shocks delivered.

Then, with this clinical doubt raised, Ackerman and co-investigators worked to discover the true reason behind the boy’s death. The research team used the molecular autopsy that was pioneered by Ackerman and his team. First performed in the late 1990s, the molecular autopsy has advanced to what Ackerman refers to as “the whole-exome molecular autopsy coupled with genomic triangulation.” This strategy “provided closure and clarity” for the family, he said. “We discovered that the boy died tragically from an abnormal heart muscle condition caused by an entirely different genetic defect — unrelated to long QT syndrome — that was confined to only the sudden death victim,” Ackerman said.

“This family study highlights just how important it is to get things right on the first attempt, as it takes a tremendous amount of time, energy and money to reverse course and do it over again. It also depicts exactly the wrong way of using genetic testing and also precisely the right way of using and interpreting genetic testing. Ultimately, the clinician’s long-standing role to meticulously phenotype (characterize) his or her patient and his or her family is what matters most. When the pursuit of the genotype gets in front of the establishment of the phenotype, bad things happen,” Ackerman said.