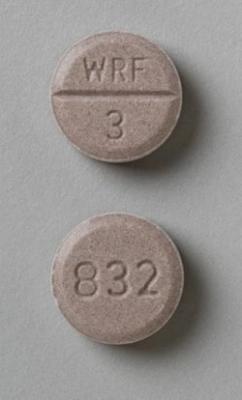 January 5, 2011 – Bayer HealthCare's oral anticoagulant tablet Xarelto (rivaroxaban) has been approved for use in the United Kingdom in two important blood-clotting disorders:

The approvals were granted this week by the European Commission following a close review of the drug's clinical trial data by the European Medicines Agency (EMA). Rivaroxaban is already licensed for the prevention of venous blood clots in patients undergoing hip or knee replacement surgery and has treated over 1 million patients worldwide in this way, including over 100,000 patients in the United Kingdom alone[1].

"The consequences of blood clots can be overwhelming and their prevention and treatment should rightly be considered a health priority," said Trudie Lobban, MBE, chief executive and founder of the Atrial Fibrillation Association (AFA). "Thrombosis represents a massive burden on patients and the UK health system…so the approval of new therapies to prevent stroke in atrial fibrillation are welcome."

Xarelto is the first in a class of drugs known as Factor Xa (ten-A) inhibitors, which act at a critical point in the blood-clotting (coagulation) process to prevent the formation of clots. The features of Factor Xa inhibitors include predictable effects, convenient oral dosing and a lower risk of drug-drug interactions as compared to vitamin K antagonists (VKA), meaning they do not require frequent dose adjustments or routine anticoagulation monitoring. Rivaroxaban will be made available at a fixed price of £2.10 per tablet. This provides the NHS with an effective and simple to use non-VKA oral anticoagulant in the United Kingdom. For the majority of patients with AF a 20mg dose is appropriate, with a 15mg dose recommended in patients with reduced kidney function.

The most widely prescribed drug in the United Kingdom for the prevention of stroke in patients with AF is warfarin, a highly effective stroke prevention therapy, but is subject to limitations including unpredictable anticoagulant effects which can cause difficulties in maintaining an appropriate therapeutic range, as well as a requirement for frequent routine coagulation monitoring. Additionally, for some patients it can interact with numerous drugs and a wide array of food and drink.

The current standard of care for the treatment of DVT is the dual-drug approach of heparin, quickly providing an anti-clotting effect, followed by warfarin, and can take several days to begin working. Heparin requires administration by subcutaneous injection, which, although effective, can cause inconvenience, bruising and discomfort. Oral rivaroxaban provides a unique single drug solution, without the need for injections and has been shown to be effective and well tolerated versus the dual-drug approach. Like other similar anticoagulants (such as warfarin and heparin), rivaroxaban may cause bleeding.

"Xarelto represents a step forward," said Luis-Felipe Graterol, medical director at Bayer Healthcare UK. "There has been a long-established need for treatment options which don't require regular blood monitoring and avoid the potential limitations associated with both warfarin and injectable heparins."

Rivaroxaban is also indicated for the prevention of venous thromboembolism in adult patients undergoing elective hip or knee replacement surgery.

AF is the most common sustained cardiac rhythm disorder and affects approximately 750,000 people in the United Kingdom [2]. People with AF are at a five-fold increased risk of stroke, and it is a major cause of the 150,000 strokes in the United Kingdom each year[2,3]. An irregular heartbeat makes AF patients vulnerable to the formation of a blood clot in the atria, which can travel to the brain. Strokes cause damage to the brain, and can lead to physical and behavioral impairment, or even death.

DVT is the formation of a blood clot in a deep vein that partially or totally blocks blood flow. In the United Kingdom, it is estimated that one in every 1,000 people are affected by venous thrombosis each year[4]. Of those, some have pre-existing risk factors including serious illness or major surgery (provoked DVT), but a number of patients will have no known pre-existing risk factors and can develop apparently spontaneous events (unprovoked DVT)[4].

The majority of patients suffering from a venous blood clot will experience a DVT alone. However, DVT can progress to become a potentially fatal PE if the blood clot breaks apart and travels to the lungs, ultimately blocking a blood vessel there. Even in the absence of a PE, DVT alone can have devastating and costly consequences such as post-thrombotic syndrome and an increased risk of recurring blood clots.  Thus the achievement of treatment goals is critically important. The current treatment standard for DVT is the dual-drug approach of low molecular weight heparin administered by subcutaneous injection, with a VKA.

The drug is marketed under the brand name Xarelto for VTE prevention in adult patients following elective hip or knee replacement surgery. Rivaroxaban is approved in more than 110 countries worldwide and to date has been successfully launched in more than 85 countries by Bayer HealthCare Pharmaceuticals in this indication. In the U.S., where rivaroxaban was successfully launched in July 2011, Janssen Pharmaceuticals, Inc. (a Johnson & Johnson Company) holds marketing rights for rivaroxaban. The Bayer HealthCare Pharmaceuticals sales force is supporting the Janssen Pharmaceuticals, Inc. in designated hospital accounts.

The ROCKET AF study compared once daily rivaroxaban with dose adjusted warfarin in 14,264 patients with non-valvular AF who were at risk for stroke or non-CNS systemic embolism[5]. In EINSTEIN DVT patients with acute DVT taking rivaroxaban 15mg twice daily for 3 weeks followed by 20mg were compared with initial enoxaparin treatment followed by warfarin[6]. The ROCKET study demonstrated that rivaroxaban was non-inferior to warfarin in prevention of stroke in non valvular AF, and EINSTEIN showed that rivaroxaban was non-inferior to enoxaparin and warfarin in recurrence of symptomatic blood clots in patients with DVT. Rivaroxaban demonstrated a well tolerated safety profile in the studies[5,6].