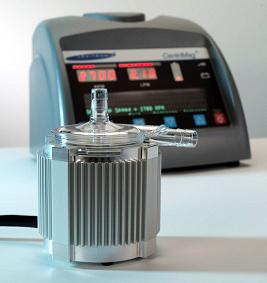 The acquisition of Levitronix follows a successful strategic partnership between the two companies. Since 2006, Thoratec has provided distribution and clinical support in the United States for the CentriMag Acute Circulatory Support System, Levitronix Medical's flagship product, under an agreement that was scheduled to expire at the end of 2011.

Levitronix and Thoratec have also collaborated on the development of the fully magnetically levitated motor technology employed in the HeartMate III left ventricular assist system, which is currently in preclinical testing.

The transaction does not include Levitronix's fluid handling business, which will continue to sell pumps and flowmeters under the Levitronix name.

Consideration for the acquisition includes an initial cash payment by Thoratec of $110 million, using cash on hand, and additional potential cash earnout payments (not to exceed $40 million) tied to the revenue attributable to the products of the acquired business through 2015.

In 2010, Thoratec recorded U.S. CentriMag sales of $17.7 million, an increase of 40 percent compared to 2009 sales of $12.6 million. In addition to revenue related to its historical agreement with Thoratec, Levitronix recorded $8 million in product-related revenue in 2010, consisting of sales of CentriMag in international markets and global sales of PediMag/PediVAS. Going forward, Thoratec will record full worldwide revenues for both products at an improved gross profit margin relative to the previous CentriMag distribution arrangement.