Warfarin Use May Not Bring Long-Term Stability for Atrial Fibrillation 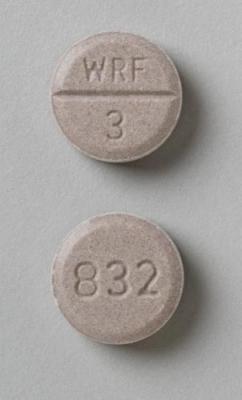 August 16, 2016 — Warfarin prescribed to prevent strokes in atrial fibrillation may not adequately control blood clotting over the long-term, even when patients have been historically stable on the drug, according to a study from the Duke Clinical Research Institute.

The findings, published Aug. 9 in the Journal of the American Medical Association (JAMA), are based on an 18-month study of 3,749 patients diagnosed with atrial fibrillation, an irregular heart rhythm. The condition is associated with a higher risk of blood clots and stroke, which are avoidable with anticoagulants, a group of drugs that work to thin the blood and prevent clots.

Warfarin, which has an anti-clotting mechanism that targets how the body uses vitamin K, has historically been the only available drug for stroke prevention. However, warfarin can interact negatively with many other drugs and food, and patients on warfarin require regular monitoring.

While costlier than warfarin, non-vitamin K oral anticoagulants (NOACs), which were first approved for use in the United States in 2010, mostly eliminate these drawbacks while often providing similar effectiveness with improved safety.

“For these reasons, the majority of patients who are newly-diagnosed with atrial fibrillation are prescribed NOACs,” said Sean Pokorney, M.D., the study’s first author and an electrophysiology fellow at the Duke University School of Medicine.

“One of the challenges we face as a healthcare community is that there are patients who have been on warfarin for years, and a big question is whether they should be switched to a NOAC,” he said.

To consider this question, Pokorney and co-investigators looked at patients from the Outcomes Registry for Better Informed Treatment of Atrial Fibrillation, a database maintained by the Duke Clinical Research Institute. Patients were eligible to participate in the study if they were taking warfarin. Then, researchers focused on a measure of blood thinness called the international normalized ratio (INR).

Over an additional 12 months, these patients were monitored and considered “stable” if 80 percent or more of their INR values were between 2 and 3.

“What these results essentially tell us is that patients’ past performance on warfarin doesn’t predict their future performance,” Pokorney said. “Just because patients have done well on warfarin in the past doesn’t mean they will continue to do well, and so it does call into question whether it is appropriate to switch them to a NOAC.”

The study also found that about a third of patients in both the 80 percent and 100 percent groups had one or more INR values that were well out of the ideal range during the subsequent year. Pokorney said this finding is important because risk of clotting and stroke increases most significantly when INR falls below 1.5 and risk of brain bleeding increases dramatically when INR rises above 4.

“It’s not appropriate for every patient to be treated with a NOAC, but this study shows that all patients eligible for a NOAC, even those who have done well on warfarin in the past, should have a shared decision-making conversation with their healthcare provider about considering a change,” Pokorney said.

Janssen Scientific Affairs provided funding for the patient registry and data analysis. The author’s disclosures are available in the study’s manuscript, which is available upon request.