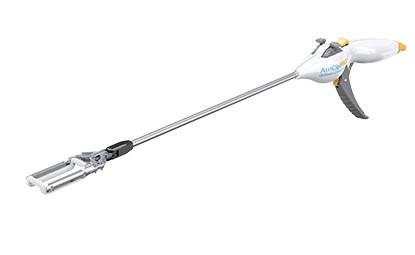 The new system features an ambidextrous locking and trigger-style clip closing mechanism, handle-based active articulation levers and a hoopless end effector. The ambidextrous locking and trigger-style clip closing mechanism allows the operator to maintain focus on the LAA while maneuvering the device. The handle-based active articulation levers allow the operator to steer the end effector without removing the device. The hoopless end effector enhances anatomical visualization, and simplifies removal of the applier after deployment of the clip.