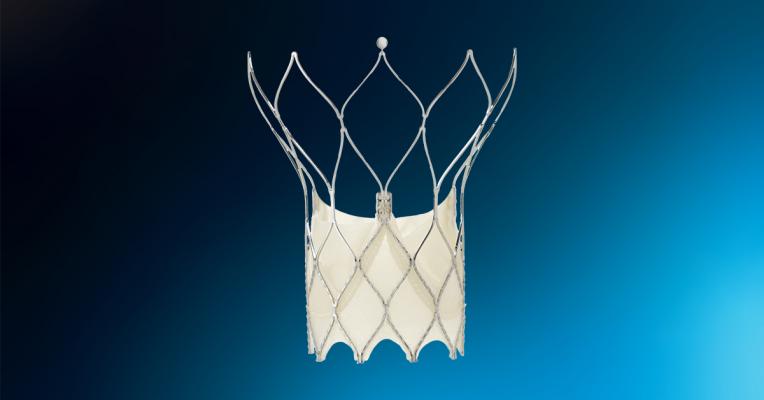 The U.S. Food and Drug Administration (FDA) has cleared the company's Portico with FlexNav transcatheter aortic valve replacement (TAVR) system to treat people with symptomatic, severe aortic stenosis who are at high or extreme risk for open-heart surgery.

September 20, 2021 — Abbott announced that the U.S. Food and Drug Administration (FDA) has cleared the company's Portico with FlexNav transcatheter aortic valve replacement (TAVR) system to treat people with symptomatic, severe aortic stenosis who are at high or extreme risk for open-heart surgery.

This is the fourth TAVR valve to gain FDA regulatory approval. The first two are the market leaders, the Edwards Sapien and the Medtronic CoreValve. The Boston Scientific Lotus Edge was discontinued in November 2020.

Aortic stenosis is one of the most common and life-threatening heart valve diseases. It occurs when the aortic valve's opening narrows and restricts blood flow from the left ventricle to the aorta.  Patients with the disease can experience breathlessness, chest pressure or tightness, fainting, palpitations, fatigue, and heart murmurs. The condition can ultimately lead to heart failure.  While many people don't have noticeable symptoms, more than one in eight aged 75 and older has moderate or severe aortic stenosis, which reduces the heart's pumping ability.  Prior to TAVR, the standard of care for severe aortic stenosis was surgical aortic valve replacement, but not all patients were candidates for open-heart surgery.

"For people in the U.S. suffering from aortic stenosis and unable to have surgery, the Portico with FlexNav system offers a safe and effective treatment option," said Raj Makkar, M.D., associate director of Interventional Technologies at Cedars-Sinai's Smidt Heart Institute, who served as co-principal investigator for the study that led to FDA approval. Gregory Fontana, M.D., national director, Cardiothoracic Surgery at Hospital Corp. of America and American Research Institute, also served as co-principal investigator of the Portico IDE study.

How the Portico TAVR system Works

With years of experience globally, Portico is a self-expanding TAVR valve with intra-annular (within the native valve) leaflets that help provide optimal blood flow (hemodynamics) when placed inside a patient's natural valve. The structure of the replacement valve also preserves access to the critical coronary arteries for future coronary interventions. The Portico device is implanted using Abbott's FlexNav delivery system, which features a slim design to accommodate different patient anatomies and small vessels, and optimizes flexibility, ease of tracking and precision of valve placement.

Abbott is Only Vendor With A Portfolio for TAVR, TMVR and LAA and Structural Heart Occluders

With this latest TAVR (also referred to as TAVI, or transcatheter aortic valve implantation) clearance, Abbott now offers the widest structural heart portfolio to repair or replace diseased or damaged heart valves or close openings in the heart. This includes FDA-cleared transcatheter mitral valve repair with the MitraClip and now an aortic valve replacement system.

"With the approval of our TAVR therapy in the U.S., physicians now have access to an even more robust set of solutions to treat structural heart disease," said Michael Dale, senior vice president of Abbott's structural heart business. "This latest and important introduction of Portico with FlexNav represents another milestone in our work to advance our mission to restore health and improve quality of life so more people can get back to living fuller lives."

Portico Had Some Bumps in the Road

It was in the Portico trial where hyper-attenuated leaflet thickening (HALT) was first observed on CT imaging. This was caused by thrombus formation on the TAVR valve leaflets and immediately became a major concern. This led to the Portico trial being halted for fear of safety issues. However, subsequent imaging studies quickly found this appears to be a common finding with all surgical and TAVR valves.

The Portico U.S. investigational device exemption (IDE) trial originally launched in May 2014, but was halted. The trial was restarted in June 2015 when it was found there was no excess rate of clinical events associated with the HALT observations.

Read more about the valve leaflet issue from the 2017 ACC presentation of the RESOLVE Trial.

The RESOLVE study found about 12 percent of patients undergoing aortic valve replacement developed non-symptomatic blood clots around the valve leaflets (known as subclinical leaflet thrombosis) that reduced the motion of the valves. The observational study was presented at the American College of Cardiology (ACC) 2017 Annual Scientific Session. The findings were confirmed by other studies as well.

The pause in the program meant Portico would require more time to gain U.S. market approval while the two cleared valves on the market gain more real-world experience, which helped in next generation designs to improve them.

The Portico IDE trial was presented at the 2019 Transcatheter Cardiovascular Therapeutics (TCT) scientific symposium. It found that 30-day safety and one-year effectiveness outcomes of a novel self-expanding transcatheter aortic valve replacement (TAVR) system for patients with severe aortic stenosis (AS) at high or extreme-risk for surgery was noninferior to contemporary FDA-approved TAVR systems. However, while the study met both the pre-specified primary safety composite endpoint, it did no with a higher signal for strokes and complications  when compared to the Sapien or CoreValve. All-cause mortality, disabling stroke, life threatening bleeding requiring blood transfusion, acute kidney injury requiring dialysis, or major vascular complications at 30 days were 13.8% vs. 9.6%. And the primary effectiveness composite endpoint (all-cause mortality or disabling stroke at one-year) was 14.9 vs. 13.4%. This raised questions by some experts at TCT.

But at the same time, this first generation device was shown to be noninferior to devices that by 2019 had already undergone several iterations to improve them.