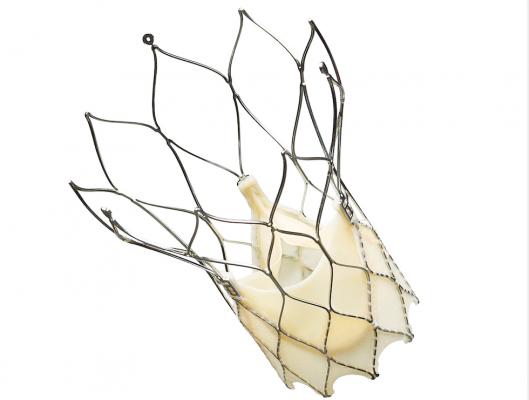 PORTICO was a prospective, multi-center, controlled, open-label, non-inferiority intention-to-treat evaluation of the safety and effectiveness of the Portico TAVR system compared with FDA-approved and commercially available TAVR systems. Between May 2014 and June 2019, 750 patients from 69 sites were randomized 1:1 to each group. For the randomized cohort, baseline characteristics were balanced for both groups; mean age was 83.3 years (±7.3 years), 52.7% were female, and the mean STS score was 6.5%. Procedural success was comparable between groups (96.5% for Portico versus 98.3% for commercially available TAVR).

The study also included a separate 100 patient cohort who underwent Portico valve implantation using the FlexNav Delivery System. The primary safety endpoint for the FlexNav cohort was major vascular complication rate at 30 days. This cohort demonstrated no deaths or strokes, low rates of major vascular complications (7%) and new permanent pacemaker implants (14.6%) as well as a safety profile comparable with the commercially available valve group in the randomized study (8 vs 9.6%).

Some TAVR experts at TCT, including Martin Leon, M.D., director of the Center for Interventional Vascular Therapy at NewYork-Presbyterian/ Columbia University Medical Center, questioned the design of the trial that led to a finding of non-inferiority. They noted the comparator devices went through several iterations to improve their performance over the course of the trial. The trial was also stopped for a period after thrombus formation on the valve leaflets was found in CT imaging, leading to concerns and imaging reviews of other TAVR valves and surgical valves. It was found that thrombus formation is normal across all types of valves and usually dissipates over time, leading to a restart of the trial a couple years ago.

The IDE study was conducted to gather evidence to submit to the U.S. Food and Drug Administration (FDA) for final market clearance review. If cleared, it would become the fourth TAVR system on the U.S. market.

The PORTICO study was funded by Abbott. Dr. Fontana disclosed grant/research support from Abbott and Medtronic and consulting fees/honoraria from Abbott, Medtronic, and LivaNova.