MD Buyline analyst highlights breakthrough technologies like 3-D tissue bioprinting, smart probes and electromagnetic acoustic imaging that could impact healthcare this year or in the next few years 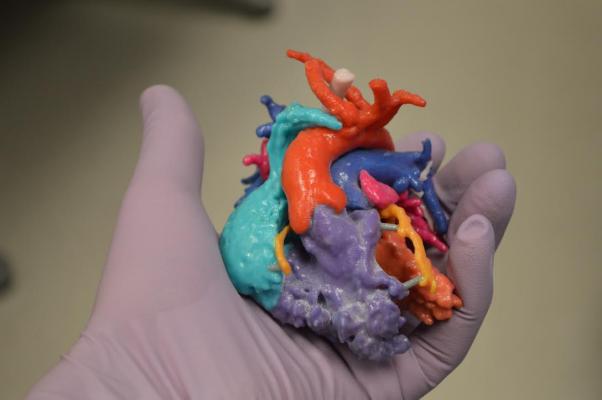 January 17, 2017 — James Laskaris, emerging technology analyst at MD Buyline, recently offered his perspective on new medical technology innovations that might be just months or a few years away.

Just a few years ago, minimally invasive surgery to treat serious conditions such as stroke and heart valve defects was unimaginable. But technology has brought us to the point where such patients can be treated quickly and safely through intravenous microsurgery, often walking around within hours and leaving the hospital in just a few days, Laskaris said.

Today’s medical technology is on the brink of several innovations that are nothing short of breathtaking. New smaller and smarter technologies that offer the allure of both incredible costs savings and tremendous advances in patient treatment are rapidly being developed.

Historically, emerging technologies that provide new therapies and diagnostic tools have been the hallmark of leading-edge facilities. But with the focus on quality and value, cost-saving technologies have been a new area of interest for mainstream providers, according to Laskaris.

Painful mammograms requiring the patient to stand while her breast is compressed in an X-ray machine might soon be a thing of the past, according to Laskaris.

Current mammography techniques are not only painful but expensive, and may expose the patient and clinicians to harmful ionizing radiation.

But medical radar is now being developed for imaging breast cancers, using radio waves instead of sound or radiation. Medical radar uses electromagnetics similar to a microwave oven or cell phone, but at extremely low power.

It is also a fast and easy-to-use technology. The process takes less than a minute, and both breasts can be scanned while the patient lies comfortably on a table.

The system is designed to use multiple antennae, which scan the breast at frequencies of 4GHz to 10GHz. Initial designs allow the patient to lie flat on a table as opposed to standing. The resulting 3-D image, similar to current breast tomosynthesis, gives doctors a highly detailed view of the breast.

Medical radar is also suitable for imaging dense breasts. As opposed to ultrasound, it has the ability to penetrate deeply within the body and is not obstructed by bone or other barriers such as air pockets, said Laskaris.

Micrima Ltd., an Italian firm, was founded to develop microwave radar breast-imaging technology initially pioneered at the University of Bristol in the United Kingdom. The company's MARIA system received European regulatory approval in 2015 and is currently deployed in clinical trials based at several breast cancer imaging centers throughout the U.K.

Conventional equipment for digital breast X-rays might cost close to a quarter of a million dollars, whereas a medical radar unit will cost one tenth as much, Laskaris said. Screenings would be less expensive and far more widely available.

The promise of 3-D bioprinting of human tissue is almost too much to imagine. A fully functioning kidney created from the patient’s own cells might be decades away, but the first steps in that direction are already being taken, Laskaris noted.

The process is based on liquefying cells from either the patient or a donor in order to provide oxygen and nutrients. The cells are then deposited on a scaffold, layer by layer, based on a predetermined configuration customized to the patient. Then the bioprinted structure is incubated until it becomes viable tissue.

Several universities have created their own bioprinters, and manufacturers such as the Swiss-based regenHU Ltd. and German Envision TEC are selling 3-D bioprinting equipment and materials, Laskaris said.

California-based Organovo and other companies are currently providing functional human tissue for pharmaceutical testing, and in December 2016 Organovo presented the first data showing survival and sustained functionality of its 3-D bioprinted human liver tissue when implanted into animal models. Organovo aims to submit such therapeutic liver tissue to the U.S. Food and Drug Administration (FDA) in as soon as three years, according to Laskaris.

Even more incredible is the progress of Russian 3-D Bioprinting Solutions, which printed a functioning thyroid in a mouse model and claims to be ready to do the same in humans.

Printing repair cells grown with a patient’s own cells would offer a surgeon the option of repairing organs with tissue that is a perfect match, as opposed to replacing them with completely foreign tissue, Laskaris said.

Read the article “The Future of 3-D Printing in Medicine.”

Smart Probes and Smart Scalpels are designed to be tissue-selective, targeting a specific type of tissue such as cancerous, vascular or nerve tissue. The goal of the technology is for use in microsurgical procedures, including repair of cerebral aneurysms, anastomosis of blood vessels or nerves, brain tumor resection and acoustic neuroma removal.

Livermore has partnered with San Jose-based BioLuminate Inc. to develop Smart Probe, which is designed to distinguish between healthy and cancerous tissue. During a procedure, the Smart Probe is inserted into the tissue and guided to the region where the tumor is located. Sensors on the tip of the probe measure optical, electrical and chemical properties that are known to differ between the tissues. The Smart Probe can detect five to seven known indicators of breast cancer.

One distinct advantage is that tissue measurements are made in real time in both normal and suspect tissue.

The Smart Scalpel, developed at Sandia, is based on the same principle of detecting cancer cells as a surgeon cuts away a tumor obscured by blood, muscle and fat. A dime-sized device called a biological microcavity laser employs an optical reflectance spectroscopy as part of a line scan imaging system to identify and selectively target blood vessels in a vascular lesion for thermal treatment with a focused laser beam. The goal is to help surgeons more accurately cut away malignant growths while minimizing the amount of healthy tissue removed. The result will be improved outcomes through more effective surgeries.

Electromagnetic acoustic imaging (EMAI) is an emerging imaging technology that combines bioelectromagnetism with acoustics. The result is an ultrasound device that’s safer than computed tomography (CT) and can provide images that approach MRI quality. It offers physicians the ability to distinguish between malignant and benign lesions at a fraction of the cost of higher-end systems such as MRI or positron emission tomography (PET).

The science is based on dissimilar tissues reacting differently to outside stimuli. Each layer of tissue will vibrate at its own unique frequency when stimulated. This can be measured and converted into an image by means of ultrasound detectors. Researchers have used light, ultrasound and electromagnetic energy for stimulating tissue.

Cancerous tissue is 50 times more electrically conductive than normal tissue, and electromagnetic energy also has the ability to penetrate much more deeply into the body than light. This makes electromagnetic acoustic imaging an excellent technology for diagnosing a whole range of tumors despite their location.

Studies have shown that the low levels of electromagnetic energy required for the body are safe, and can detect tumors as small as two millimeters in diameter. Not only is EMAI effective, less expensive and safe, it’s fast and the equipment is portable, according to Laskaris.

Medielma, an Italian firm, has developed a safe, effective EMAI system, the ESO Prost 9, for diagnosing prostate cancers that doesn’t require disrobing, physical exams or X-rays, according to Laskaris. The patient merely lies on a couch during the exam. The technology is currently being used in Europe.

Stroke is the No. 5 killer in the United States. Even when the patient survives the result can be long-term disability, which can be heartbreakingly painful and very expensive.

Stroke is the blockage of a blood vessel providing fresh blood and oxygen to the brain cells. Deprived of oxygen long enough, those brain cells die. “Time equals brain,” say neurologists and neurosurgeons.

Nanotherapeutics, treating disease on the molecular level, is already being used in the treatment of cancer and infections. Now emerging targets of nanobots are breaking up stroke-causing blood clots and the precision delivery of drugs for reversing the effects of stroke.

Scientists have been studying platelet-sized nanobots coated with a tissue plasminogen activator (tPA), one of the most effective clot-busting drugs known. These nanobots are fabricated as aggregates of multiple smaller nanoparticles (NPs). The microscale aggregates remain intact when flowing in blood under normal conditions, but break up into individual nanoscale components when exposed to the blocked artery, according to Laskaris.

The result can be faster delivery of the drug, quicker clot-busting, and fewer side effects from the tPA such as bleeding or hemorrhaging, since less tPA is delivered to the non-clotting vessels in the body. Tests conducted four years ago on mice proved dramatically effective.

Not only can the patient’s life be saved, but recovery time is slashed and treatment costs are greatly reduced, Laskaris said.

These nanobots to treat stroke might only be two or three years away, he noted.

Read the article "The Future of Cardiology: 17 Technologies to Watch." 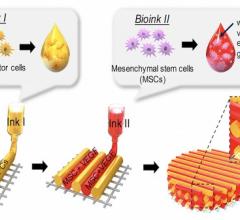 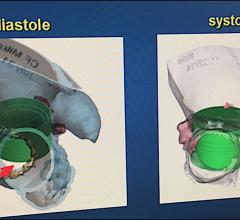 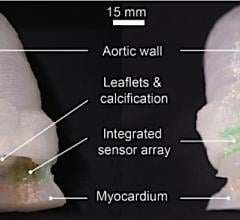 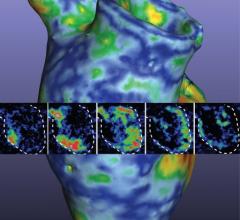 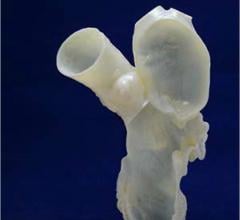 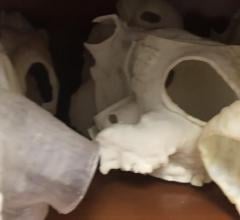 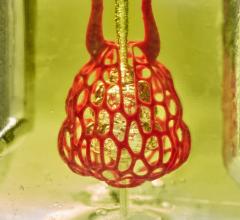 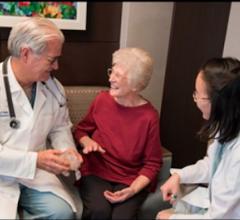 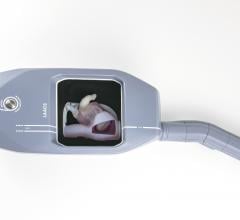 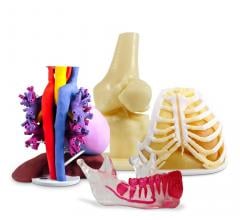