Impact of Sequestration on the National Institutes of Health

NIH says every area of research will be impacted with $1.55 billion in budget cuts 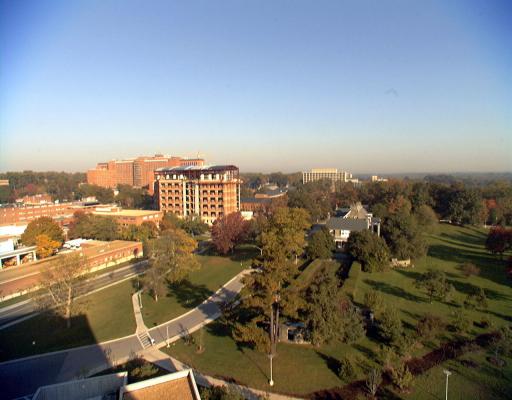 June 6, 2013 — The National Institutes of Health (NIH), the nation’s medical research agency and the leading supporter of biomedical research in the world, said all of its clinical programs will be effected by $1.55 billion in NIH budget cuts due to sequestration. On March 1, 2013, as required by statute, President Obama signed an order initiating sequestration. This requires NIH to cut 5 percent, or $1.55 billion, of its fiscal year (FY) 2013 budget. NIH must apply the cut evenly across all programs, projects and activities (PPAs), which are primarily NIH institutes and centers.

More than 80 percent of the NIH's budget goes to over 300,000 research personnel at more than 2,500 universities and research institutions throughout the United States. In addition, about 6,000 scientists work in NIH’s own Intramural Research laboratories, most of which are on the NIH main campus in Bethesda, Md. The main campus is also home to the NIH Clinical Center, the largest hospital in the world totally dedicated to clinical research.

In comparing FY 2013 figures to FY 2012, NIH has arrived at the following estimates for cuts.

The Impact of Cuts

NIH said the cuts will delay medical research progress. Medical breakthroughs do not happen overnight, NIH said.  In almost all instances, breakthrough discoveries result from years of incremental research to understand how disease starts and progresses. Even after the cause and potential drug target of a disease is discovered, NIH said it takes on average 13 years and $1 billion to develop a treatment for that target.

Therefore, cuts to research are delaying progress in medical breakthroughs, including:

Institutes and centers have flexibility to accommodate the new budget level in a fashion that allows them to meet their scientific and strategic goals. As noted above, there are different percentages for different Institutes and Centers (ICs), and in some cases for different mechanisms within an IC (RPGs, Centers, etc.). In addition, there may be reductions to grants for reasons other than sequestration, as is the case every year.

The impact on NIH’s intramural research at its Bethesda, Md., campus and off-campus facilities is substantial, NIH said. This is because it applies retroactively to spending since Oct. 1, 2012. That can double the effect — a full year’s cut has to be absorbed in less than half a year.

There are no current plans to furlough or cut employees. At present, HHS is pursuing non-furlough administrative cost savings such as delayed/forgone hiring and reducing administrative services contracts so that furloughs and layoffs can be avoided. Additionally, employee salaries at NIH make up a very small percentage (only 7 percent) of the NIH budget.