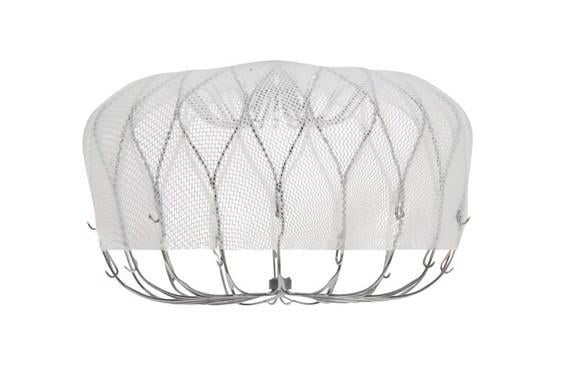 May 15, 2021 - Transcatheter left atrial appendage occlusion (LAAO) with a Boston Scientific Watchman device was associated with a low rate of stroke at one year even among older patients with atrial fibrillation (AFib) who faced a high risk for stroke or bleeding according to new data presented at the American College of Cardiology (ACC) 2021 scientific session.

The researchers analyzed real-world data from more than 36,000 procedures recorded in the ACC’s National Cardiovascular Data Registry (NCDR) LAAO Registry, a registry that includes almost all LAAO procedures performed in the U.S. The study includes data from patients who received a Watchman device in 2016, 2017 or 2018.[1]

The Watchman is a self-expanding transcatheter occluder that closes off the LAA to prevent the formation of clots in patients with AF. It was approved by the U.S. Food and Drug Administration (FDA) in 2015. The device is used to reduce the risk of stroke in patients with AFib. It is also used in patients who require an alternative to the long-term use of anticoagulant medications. These blood thinners are the primary medical option for reducing the risk of strokes, which are caused when a blood clot blocks an artery in the brain, but can cause drug interactions, increased bleeding risks, side effects and logistical challenges. The Centers for Medicare and Medicaid Services (CMS) specify that patients receiving the Watchman device should be at high risk for stroke and unable to take long-term oral anticoagulation.

This study, an analysis of a prospective registry of patients who received a Watchman device, found that in practice, the rate of ischemic stroke (the study’s primary endpoint) was generally on par with rates seen in clinical trials leading to the device’s approval. The findings offer reassurance that LAAO with the Watchman device is likely effective for the patient population currently receiving it, according to the researchers.

“Based on these data, it seems like we’re doing the right thing,” said Matthew J. Price, M.D., director of the cardiac catheterization laboratory at Scripps Clinic in La Jolla, California, and the study’s lead author. “The rate of ischemic stroke was low and supports the clinical effectiveness of transcatheter LAAO as it is currently applied in the U.S.”

Patients in the registry were on average significantly older and at higher risk than those who were included in clinical trials for the Watchman device, Price said. The average age of patients in the registry was 76 years; one-quarter of the patients had previously had a stroke, many were deemed to be at high risk for falls, and nearly 70% had previously experienced clinically relevant bleeding.

After a follow-up period of one year, an estimated 1.53% of patients in the registry suffered an ischemic stroke, 8.52% died and less than 0.7% experienced systemic embolism.

“I was actually a bit surprised by the relatively low event rates because the patients are substantially higher risk than those studied in clinical trials,” Price said. “However, all-cause mortality, as well as bleeding in the weeks following the procedure, were not infrequent — consistent with the co-morbidities of this patient population. This underscores the need to individualize one’s approach to stroke prevention so that patients reap the clinical benefit of stroke reduction.”

The rate of stroke was 77% lower than would be predicted by the patients’ CHA2DS2-VASc scores, a measure of stroke risk for patients with AFib. The study focused only on outcomes from LAAO procedures using the Watchman device; future studies are planned to assess clinical efficacy at three and four years.

Because it is based on registry data, the study lacked a control group that did not receive the Watchman device for comparison. However, the event rates observed in the study are consistent with those in other registry studies and clinical trials. Price said future research could focus on assessing LAAO in a broader patient population and on outcomes from new devices or techniques for performing the procedure.

The study was supported by the ACC’s NCDR and the National Heart, Lung, and Blood Institute.