April 4, 2011 – Despite the high costs and heavy demand for health services associated with atrial fibrillation (AFib), a new report suggests that states may not be providing residents with the necessary resources to address and manage this common chronic disease.

AFib in America: State Impact Reports identify key state-by-state statistics, resources and state health department programs related to the burden of AFib. It was written by The George Washington University School of Public Health and Health Services (GWU) and funded by sanofi-aventis U.S. LLC, the sponsor of AF Stat: A Call to Action for Atrial Fibrillation. The full interactive reports are available at www.AFStat.com.

Characterized by a rapid and irregular heartbeat, AFib is the most common form of heart arrhythmia. It affects approximately 2.5 million Americans, and its prevalence is expected to increase as the U.S. population ages.(1) It increases risk for stroke by five times,(2) worsens other heart diseases(3) and doubles the risk of death.(4) Patients with AFib tend to use more healthcare services than patients without AFib, including time in the hospital.(5)

"Atrial fibrillation is costly and can become debilitating as it worsens, yet it does not share the same priority on the public health agenda that other chronic diseases have," said Christy Ferguson, professor, department of health policy, school of public health and health services, GWU. "This report calls attention to the lack of resources about AFib, alerting policymakers, state health officials, and other health leaders to better educate residents about this common but misunderstood disease."

Among the key findings, the reports show that AFib has an immense, but unrecognized, burden. In fact, Medicare payments where AFib was the primary diagnosis totaled almost $2.3 billion in 2007. Nearly half of these costs were related to hospital inpatient stays – a burden specifically felt by local healthcare providers.

However, despite the significant health and economic burden of AFib, not a single state has a public health program specifically dedicated to educating or supporting patients with AFib. State-level public health programs that do address AFib tend to only include the disease as a part of stroke and heart disease prevention efforts, rather than focusing on the specific risks and consequences of AFib.

"Just as patients need to comprehensively manage their AFib, health leaders need to develop and implement comprehensive programs that address the impact of AFib in their home states," said Senator Bill Frist, M.D., former Senate Majority Leader and policy advisor for AF Stat. "The AFib in America: State Impact Reports are an important first step to helping them recognize that need and put an AFib action plan in place."

Also released today by AF Stat, the AFib Evaluator is an online self-assessment tool designed to provide insight into a user's risk for developing AFib, or a diagnosed patient's baseline knowledge of AFib. The AFib Evaluator serves as an example of the type of patient education tools that AFib patients need, but currently lack.

According to Sen. Frist, these two new resources take on particular significance as federal and state policymakers join private payers to reduce the cost of healthcare.

"It may appear that many of AFib's costs are assumed by the federal government through Medicare, but the disease also inflicts a significant burden at the state level," he said. "Individual states feel AFib's impact on their residents' health, productivity and quality of life. Local hospitals and providers often assume the burden of repeated hospitalizations and care for AFib patients. As health leaders work to lower the costs of expensive chronic diseases, AFib must be a part of the discussion."

To illustrate the role of AFib with regard to healthcare service utilization and costs in each state, GWU conducted a descriptive analysis of AFib patients using Medicare Standard Analytic Files for 2007, including five percent sample and 100 percent files. To assess use and costs for AFib patients insured by other payer types GWU supplemented the analysis with data on hospital inpatient stays using 2007 discharge data for all payers from State Inpatient Databases compiled by the Healthcare Cost and Utilization Project, Agency for Healthcare Research and Quality.(6) GWU conducted this analysis for 25 states for which these data were available for public use.(7)

To determine what state AFib-related programs were available at the state level, GWU:

• Reviewed the literature published between 2000 and 2010 concerning state efforts related to public awareness of AFib and whether there are best practices for public health programs for AFib.

• Reviewed materials from Medicare, federal initiatives (CDC, NIH), and state health departments in all 50 states and the District of Columbia.

About the AF Stat Report Series
The AF Stat Report Series is designed to better illustrate the burden of atrial fibrillation, and to address the four priority areas recommended by the AF Stat Call to Action document: policy and advocacy, management, education and quality. The fourth report in this series, AFib in America: State Impact Reports, was written by GWU and funded by sanofi-aventis U.S. LLC, which is the sponsor for AF Stat: A Call to Action for Atrial Fibrillation. It is designed to help health leaders measure the prevelance and impact of AFib on Medicare spending and state health resources; define health service utilization patterns surrounding AFib; and identify state-based programs to manage the disease. GWU maintained editorial control and the conclusions expressed in the report are those of the author.

(1) Go AS. "Prevelance of Atrial Fibrillation in Adults: National Implications for Rhythm Management and Stroke Prevention: The Anticoagulation and Risk Factors in Atrial Fibrillation (ATRIA) Study." Journal of American Medical Association. May 9, 2001-Vol 285, No. 18.

For more information can be found at www.AFStat.com 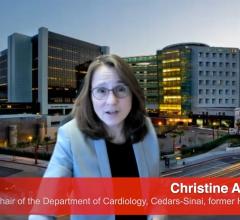 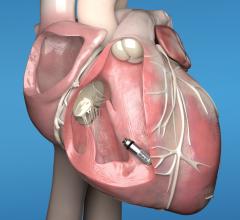 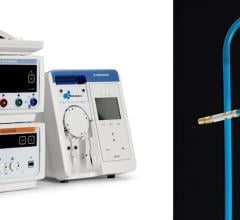 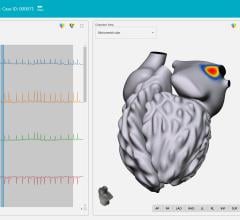