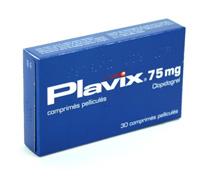 April 7, 2011 – New study results have evaluated the potential inhibitory effects of certain proton pump inhibitors (PPIs) on clopidogrel (Plavix). The results showed that in healthy subjects, clopidogrel's active metabolite and inhibition of platelet function were reduced less by the co-administration of dexlansoprazole (Dexilant) or lansoprazole, rather than esomeprazole.

The randomized, open-label, two-period, crossover study was designed to assess the effects of selected PPIs, a class of drugs used to treat gastroesophageal reflux disease, on the pharmacokinetics (PK) and pharmacodynamics (PD) of clopidogrel. Clopidogrel is a platelet-inhibiting drug that is indicated for the reduction of atherothrombotic events in patients with acute coronary syndromes, recent myocardial infarction, recent stroke or established peripheral arterial disease. The results were presented at the American College of Cardiology (ACC) 2011 60th Annual Scientific Session in New Orleans.

Studies have shown that PPIs may inhibit a liver enzyme (CYP2C19) important for the metabolism of clopidogrel. With CYP2C19 inhibition, clopidogrel may have reduced antiplatelet effects, potentially reducing its effectiveness. Because PPIs differ in their degree of inhibition of CYP2C19, using omeprazole as a positive control, this study evaluated the effect of several PPIs (dexlansoprazole, lansoprazole and esomeprazole) on the steady-state PK and PD of clopidogrel in healthy subjects.

"We conducted this study to look at the effect of select PPIs on Plavix and add to the growing body of evidence on the potential interaction between these drugs," said lead investigator Alan D. Michelson, M.D., professor of pediatrics at Harvard Medical School and director of the center for platelet research studies at Children's Hospital Boston. "We found that in healthy subjects the co-administration of Plavix with dexlansoprazole or lansoprazole reduced the antiplatelet effect of Plavix less than the co-administration of Plavix with esomeprazole."

"Because there are many patients taking both a PPI and Plavix, it is important to gain a better understanding of how these medications interact with each other," said Gilles Delecoeuillerie, M.D., executive medical director, medical and scientific affairs, gastroenterology and internal medicine, Takeda. "This was the first prospective randomized study to comparatively assess the effects of certain PPIs, including dexlansoprazole, on the pharmacokinetic and pharmacodynamic characteristics of clopidogrel. Its results offer health care providers further information regarding the potential interaction between clopidogrel and several PPIs."