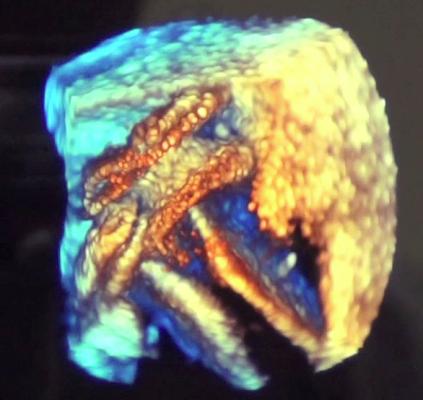 May 27, 2016 — A U.S. Food and Drug Administration (FDA) panel recommended approval of a transcatheter patent foramen ovale (PFO) occluder to prevent recurrent ischemic stroke in patients who have had a cryptogenic stroke due to a presumed paradoxical embolism.

The FDA’s Circulatory System Devices Panel met May 24 to discuss the merits of a premarket approval (PMA) application for St. Jude Medical’s Amplatzer PFO Occluder System. The panel voted to recommend approval to the FDA, but there were questions about the device and supporting data from several panel members.

The panel voted 15-1 that the Amplatzer PFO device is safe, 9-7 that it is effective and 11-5 that its benefits outweigh risks of its implantation and use. The FDA will take the panel votes and comments into consideration as they craft their final decision regarding approval in the coming months.

“The long-term results of the RESPECT trial show that PFO closure is superior to medical management in reducing recurrent cryptogenic ischemic stroke,” said RESPECT Trial lead investigator John D. Carroll, M.D., professor of medicine, University of Colorado School of Medicine and director, interventional cardiology at the University of Colorado Hospital in Denver. He presented the long-term results of the pivotal RESPECT Trial at the 2015 Transcatheter Cardiovascular Therapeutics (TCT) annual meeting last October. “The procedure and device have proven to be safe.”

Society for Cardiovascular Angiography and Interventions (SCAI) Structural Heart Disease (SHD) Committee Chair Clifford Kavinsky, M.D., Ph.D., FSCAI, testified that, at minimum, limited approval of a device for PFO closure with a multidisciplinary team approach, mandatory participation in a patient registry, and specific operator and institutional requirements would lead to a safe and efficacious dissemination of percutaneous PFO technology to patients and fulfill an important unmet need.

“SCAI believes that there is an important unmet clinical need in patients with cryptogenic stroke and PFO beyond what conventional medical therapy currently offers,” said SCAI President Kenneth Rosenfield, M.D., MHCDS, MSCAI.  “Although randomized controlled trials of PFO closure have had inherent and likely unavoidable design concerns, SCAI believes that young patients with cryptogenic stroke are particularly at risk and can significantly benefit from PFO closure. Careful patient selection will be important, as always, in determining appropriateness.”

While the FDA panel did agree the device is safe and may be helpful, panel members did question some of the data and some voted against approval.

The PMA submission was based on data from the RESPECT Trial, which compared transcatheter PFO closure to medical management. A total of 980 patients were randomized to PFO closure (N=499) or medical management (N=481). Original enrollment ended when 25 ischemic stroke events occurred, but longer-term follow-up of already enrolled patients continued out to five years.

The overall intent-to-treat analysis showed no statistically significant difference in the incidence of all-cause strokes, which included both cryptogenic and other types of strokes. When subsequent strokes were restricted to cryptogenic stroke, there was a 54 percent relative risk reduction in recurrent cryptogenic stroke for the PFO closure group, although the absolute number of strokes remained small. An additional sensitivity analysis of all-cause stroke in patients under the age of 60 (where a greater proportion of strokes are likely to be cryptogenic) showed a 52 percent relative risk reduction. Additional benefit was also seen within a subgroup in two-thirds of RESPECT patients who had PFO characteristics of substantial shunt or atrial septal aneurysm with a 75 percent reduction in cryptogenic stroke risk.

The panel recognized that the rate of recurrent strokes was numerically lower in patients treated with the PFO occluder compared to medical management in the RESPECT Trial. However, it was pointed out that statistical significance in the trial for the primary endpoint of primary effectiveness was not met.

Overall, the FDA said the panel believed that the Amplatzer PFO occluder might be effective in some patients with a cryptogenic stroke and PFO. However, the RESPECT results did not identify specific clinical or anatomic characteristics to help select patients most likely to benefit from implantation of the PFO occluder.

There was a supplementary analysis of the RESPECT Trial’s primary effectiveness endpoint included in the PMA submission. The FDA said the panel believed that the supplementary analysis did not provide important additional insights beyond the primary endpoint analysis of the intention-to-treat population due to missing data, potential selection bias and other confounding factors.

The panel acknowledged the rate of serious adverse events was low in the RESPECT trial. However, the panel believed that the higher rates of deep vein thrombosis (DVT) and pulmonary embolism (PE) observed in the PFO occluder group were concerning, and rates of these events should be included as safety endpoints in a post-approval study. There was a general consensus that patients with a history of DVT or PE who are treated with the PFO occluder should be maintained on anticoagulant therapy.

The panel believed that the rate of PFO closure by the device was satisfactory in the RESPECT Trial, but they acknowledged that it was unknown whether complete closure of the PFO was needed to reduce the risk of paradoxical embolism.

The FDA said there was a general consensus of panel members that the proposed indications for use statement was appropriate. However, it recommended that the labeling needs to include language describing the clinical evaluation of a cryptogenic stroke in patients who might be candidates for the PFO occluder.

The panel agreed that the results of the RESPECT Trial support the role of a PFO in the pathophysiology of some cases of cryptogenic ischemic stroke. However, implantation of the PFO occluder provided only a modest reduction in the risk of recurrent stroke compared with medical therapy, with the strength of the evidence limited by the primary effectiveness endpoint results and issues related to the execution of the trial. A majority of the panel members agreed patients with cryptogenic stroke due to paradoxical embolism likely would benefit from this device, but that identifying these patients is challenging. The panel agreed with FDA’s recommendation that potential candidates for implantation with the PFO occluder should undergo a careful evaluation by a neurologist and a cardiologist with expertise in the evaluation of cryptogenic stroke.

The panel voted 11-5 that the benefits of the device outweigh the risks for use in patients who meet the criteria specified in the proposed indication. Several panelists noted that their positive vote reflected their belief that the PFO occluder should be available for selected patients with a PFO and cryptogenic stroke, with a recommendation that the final labeling help identify patients who could potentially benefit from the device.

Carroll said one population that might benefit from PFO closure is older patients, since more advanced age impacts stroke rates. "As people age, we need to look at how PFO closure can help prevent a reoccurrence of these types of strokes," he explained. "However, the premise that PFO closure will cure all strokes is a fallacy."

The journal Catheterization and Cardiovascular Interventions published a multidisciplinary position paper, and the American Heart Association and American Stroke Association have published guidelines regarding patients with PFO, Rosenfield said. Both documents recommend PFO closure in at least some subsets of patients. He said the SCAI SHD Committee also established a PFO working group, which will be developing guidance documents addressing patient selection and operator/institution experience recommendations.