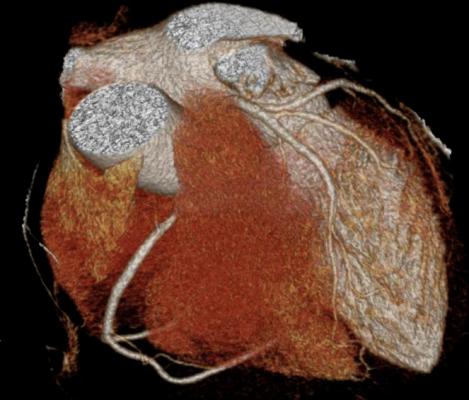 March 23, 2015 — Results of a clinical trial announced at the American College of Cardiology Annual Scientific Session show a new type of therapy is safe and effective for symptomatic advanced heart failure patients already receiving optimum drug and device therapy. The study also published in the Journal of the American College of Cardiology Heart Failure.

“Heart failure patients experience an imbalance in their autonomic nervous system, which plays a role in disease progression and leads to adverse effects on the heart, blood vessels and kidneys,” Abraham said. “Currently, the optimum drug therapy available is not enough to restore balance for some patients, leaving them highly symptomatic with reduced quality of life. BAT could prove to be an effective added therapy that can help patients feel better.”

BAT is electrical stimulation delivered by an implanted device, similar to a cardiac pacemaker. The tested device from CVRx Inc. has a carotid sinus lead and a pulse generator. Stimulation of the carotid baroreceptor is currently used to treat hypertension that is resistant to drug therapy.

After six months, researchers reassessed all of the patients for NYHA Class, quality of life using the Minnesota Living with Heart Failure Questionnaire and exercise capacity using a standardized six-minute hall walk test. Among those assigned to BAT, more than half improved at least one NYHA Class, compared to just a fourth of the control group. The treatment group also reported improved quality of life scores and walked approximately 60 meters farther in six minutes, compared to the control group. Researchers also noted favorable changes in biomarkers among those treated with BAT.

The team reported the device was safely implanted with few complications and no adverse effects. The risk of unfavorable cardiovascular or neurological events over the six-month trial period was the same as similar device-based therapies.

“This is promising news for the nearly 5 million Americans living with heart failure,” Abraham said. “If these findings are confirmed in larger studies, BAT could be a new option for treating advanced stages of the disease."

While it was not intended to evaluate clinical outcomes, Abraham said results from this study support the notion that BAT can reduce heart failure hospitalizations and the number of days hospitalized. However, further research is needed to confirm that.