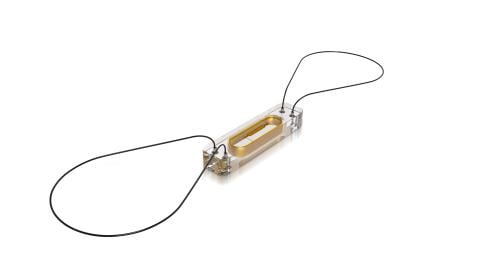 The analysis looked at patients with HF and reduced ejection fraction (HFrEF) over an average of 17 months who were on optimal GDMT and compared those managed by PA pressure monitoring with the CardioMEMS HF System to those managed by SOC. The CHAMPION trial retrospective analysis demonstrated that PA pressure monitoring, in addition to GDMT, significantly reduced HF hospitalizations and mortality in patients with reduced ejection fraction.

“For heart failure patients whose heart does not contract effectively, the risk for hospitalization and mortality is very high, even with appropriate evidence-based medical therapy. The findings from this analysis show us that use of the CardioMEMS HF System in addition to guideline directed medical therapy can significantly reduce hospital admissions for these heart failure patients and for the first time, we also see a significant improvement in survival,” said William Abraham, M.D., chief of cardiovascular medicine at The Ohio State University Wexner Medical Center and presenter of these data.

View a video interview at ACC 2015 with the Abraham on the CHAMPION DATA and his experience with CardioMEMS.

The CardioMEMS HF System uses a miniaturized, wireless monitoring sensor that is implanted in the pulmonary artery during a minimally invasive procedure to directly measure PA pressure. PA pressure allows clinicians to proactively manage treatment for patients with worsening HF before visible symptoms, such as weight and blood pressure changes, occur. The system allows patients to transmit PA pressure data from their homes to their healthcare providers, who then manage appropriate medication changes to reduce the likelihood of hospitalization and improve survival.

The CHAMPION trial evaluated the overall safety and effectiveness of the CardioMEMS device for New York Heart Association (NYHA) Class III HF patients who had been hospitalized for HF in the previous 12 months. The CHAMPION trial demonstrated a 37 percent reduction in HF hospitalizations during an average follow-up duration of 15 months.