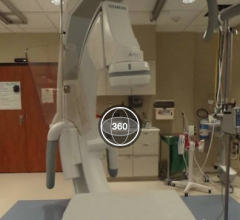 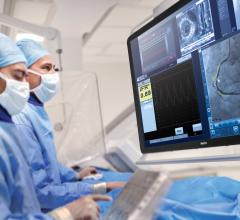 Philips released a new version of its iFR system that displays hemodynamic pressure drop points in an overlay on live angiographic images, matching up the iFR readings with corresponding lesions. The system is supposed to speed diagnostic decision making and help guide percutaneous revascularization procedures.

Feature | FFR Technologies | July 31, 2017 | Dave Fornell
What is New in FFR Technology
The gold standard for assessing the hemodynamic significance of coronary lesions to determine if they should be revas
read more 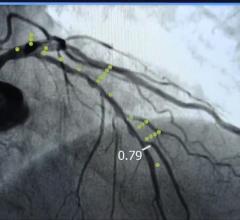 Videos | TCT | November 18, 2016
Editor’s Choice of the Most Innovative Cardiology Technology at TCT 2016
DAIC Editor Dave Fornell takes a video tour of some of the most innovative new interventional cardiology technologies
read more 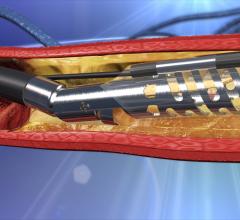 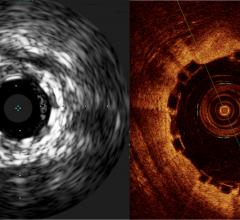 A comparison of how the Abbott Absorb BVS appears with intravascular ultrasound (IVUS) on the left, and optical coherence tomography (OCT) of the right. The stent is difficult to visualize and sizing is critical, so both modalities can help in bioresorbable stent measurements and to confirm stent apposition. Left image from the Volcano IVUS system and the right image from St. Jude Medical's OCT system. 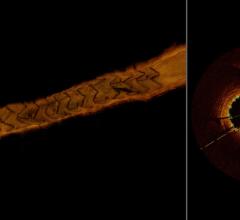 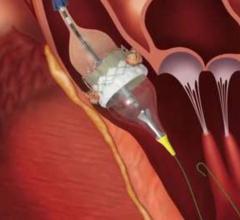 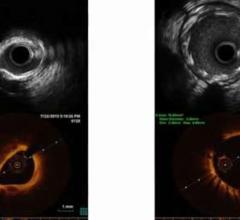 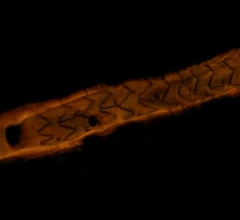 An OCT 3-D reconstructed image of a coronary vessel cutaway showing a stent and bifurcating vessels.