Air Pollution is Associated with Heart Attacks in Non-Smokers 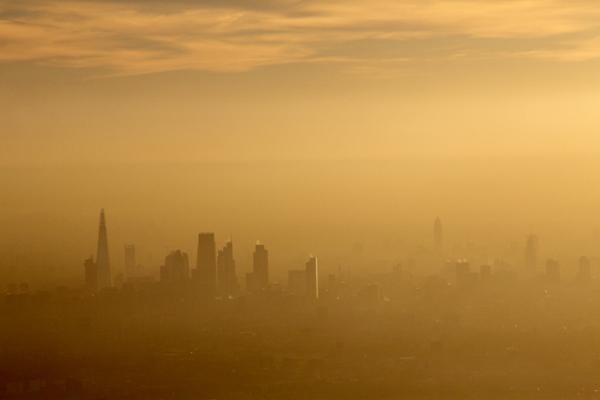 Study author Dr. Insa de Buhr-Stockburger of Berlin Brandenburg Myocardial Infarction Registry (B2HIR), Germany said: “The correlation between air pollution and heart attacks in our study was absent in smokers. This may indicate that bad air can actually cause heart attacks since smokers, who are continuously self-intoxicating with air pollutants, seem less affected by additional external pollutants.”

This study investigated the associations of nitric oxide, particulate matter with a diameter less than 10 µm (PM10), and weather with the incidence of myocardial infarction in Berlin. Nitric oxide originates from combustion at high temperatures, in particular from diesel vehicles. Combustion is also a source of PM10, along with abrasion from brakes and tires, and dust.

The study included 17,873 patients with a myocardial infarction between 2008 and 2014 enrolled in the B2HIR.2 Daily numbers of acute myocardial infarction were extracted from the B2HIR database along with baseline patient characteristics including sex, age, smoking status, and diabetes. Daily PM10 and nitric oxide concentrations throughout the city were obtained from the Senate of Berlin. Information on sunshine duration, minimum and maximum temperature, and precipitation were retrieved from the Berlin Tempelhof weather station and merged with the data on myocardial infarction incidence and air pollution.

Regarding weather, the incidence of myocardial infarction was significantly related to the maximum temperature, with a 6% lower incidence for every 10°C rise in temperature. No associations with sunshine duration or precipitation were detected.

Dr. de Buhr-Stockburger said: ”The study indicates that dirty air is a risk factor for acute myocardial infarction and more efforts are needed to lower pollution from traffic and combustion. Causation cannot be established by an observational study. It is plausible that air pollution is a contributing cause of myocardial infarction, given that nitric oxide and PM10 promote inflammation, atherosclerosis is partly caused by inflammatory processes, and no associations were found in smokers.”

1The abstract “Association of air pollutants, weather variables, and myocardial infarction incidence in Berlin. A study of the Berlin Brandenburg Myocardial Infarction Registry (B2HIR) based on 17873 cases” will be presented during the session Coronary artery disease - Epidemiology, prognosis, outcome 2 on Saturday 27 August at 10:15 to 11:00 CEST at Station 8.

2The registry began collecting data from Brandenburg in 2015. The current study therefore only included data from Berlin.