Results from the PRISON IV Trial Presented at TCT 2016 and Simultaneously Published in JACC: Cardiovascular Interventions 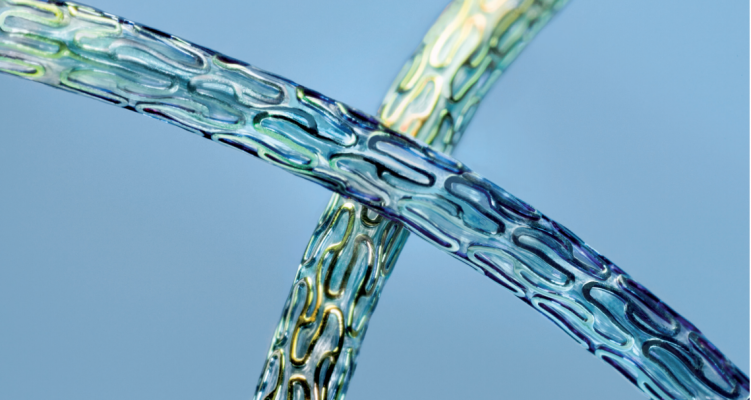 November 9, 2016 – Results from a randomized, multicenter trial failed to show non-inferiority of hybrid, ultra-thin strut sirolimus-eluting stents (Biotronik’s Orsiro SES) with a biodegradable polymer compared to thin-strut everolimus-eluting stents (Abbott’s Xience EES) with a durable polymer in terms of in-segment late lumen loss in successfully treated chronic total occlusions. In addition, although the rate of binary restenosis was low overall in this complex lesion subset, it was higher with the Orsirio SES compared with the Xience EES.

Findings from the PRISON IV trial were reported at the 28th annual Transcatheter Cardiovascular Therapeutics (TCT) scientific symposium. The study was also published in the Journal of the American College of Cardiology (JACC): Cardiovascular Interventions.

“Treating chronic total occlusions can be challenging due to their long lengths and the presence of greater degrees of calcium. They often require long stents with high radial strength to maintain acute gain and to minimize late vessel recoil after percutaneous coronary intervention,” said lead investigator, Koen Teeuwen, M.D., from St. Antonius Hospital in Nieuwegein, The Netherlands.

Between February 2012 and June 2015, a total of 330 consecutive patients with successfully recanalized native total or chronic total coronary occlusions were randomized to the hybrid sirolimus-eluting stent or the everolimus-eluting stent in two Belgian and six Dutch high-volume PCI centers.

Follow-up angiography was performed at nine months after the procedure. In addition, clinical follow-up was obtained during the hospital stay and at one, six, nine and 12 months.

Clinical follow-up at 12 months was available in 99% of all subjects. Clinically indicated target lesion and vessel revascularization, target vessel failure and MACE were comparable between both groups. Two subjects in the SES group received non-clinical TLR with balloon angioplasty after observing severe stent strut malapposition with optical coherence tomography at nine months. There was only one probable or definite stent thrombosis in each stent group (0.7 vs. 0.7%; P=1.0).

“The findings of the study show that the non-inferiority of in-segment late lumen loss was not met for SES against EES in successfully recanalized chronic total occlussions,” Teeuwen said. “In addition, the rate of binary restenosis was significantly higher with SES. Future developments in stent technology should focus on the challenging characteristics of CTOs to improve device efficacy and clinical outcomes.”

The PRISON IV trial was funded by unrestricted research grants from Biotronik and Abbott Vascular. Teeuwen reported no relevant disclosures.