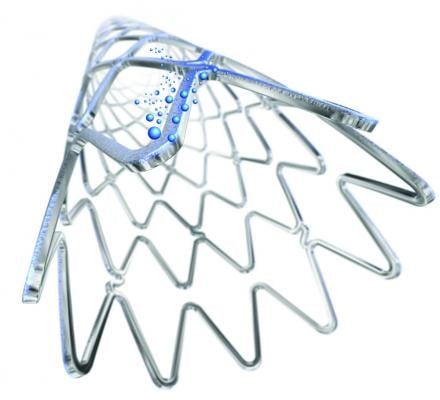 March 3, 2017 — Biosensors International Group Ltd. announced in February enrollment of the first patient in LEADERS FREE II, its new BioFreedom Pivotal Study. The study will be conducted under an Investigational Device Exemption (IDE), which will include sites in the United States, Canada, Denmark, France Germany and Italy.

The BioFreedom drug-coated stent (DCS) has been implanted to date in over 150,000 patients in more than 40 countries outside the United States. The initiation of LEADERS FREE II marks a key milestone on the path towards obtaining U.S. Food and Drug Administration (FDA) approval for the BioFreedom DCS. Similar to LEADERS FREE, the therapeutic focus of this new U.S. pivotal IDE trial is on patients at high bleeding risk (HBR) who receive an ultra-short dual anti-platelet drug regimen of only 1 month.

Prof. Keith Oldroyd performed the first LEADERS FREE II implant at the Golden Jubilee National Hospital in Glasgow, Scotland and stated: “We are excited to participate in the European arm of the BioFreedom DCS U.S. Pivotal IDE study and further contribute to building the HBR patient experience for potential expansion of the availability of BioFreedom to American patients.”

Urban commented: “The results of the LEADERS FREE trial underscore the need to improve treatment of patients at high bleeding risk throughout the world. With the development of the BioFreedom stent, Biosensors has successfully addressed an unmet need for a patient population that had been very largely overlooked.”