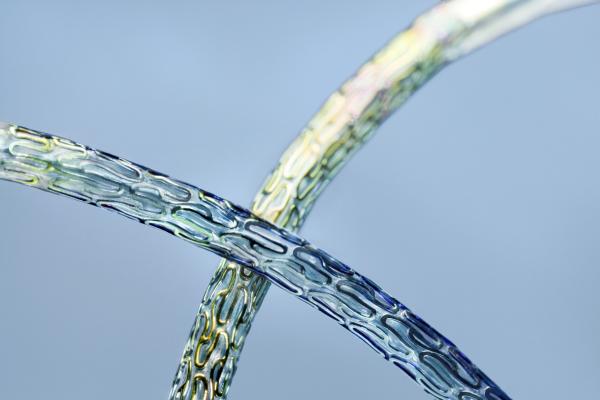 October 29, 2013 — Biotronik Japan announced enrollment of the first patient in the Bioflow-IV study, which aims to verify the efficacy and safety of the Orsiro Hybrid Drug-Eluting Stent (DES) from Biotronik. The quality and efficacy of Orsiro has already been confirmed by the trials Bioflow-I, -II and -III, which demonstrated the safety and efficacy of Orsiro.??
The Bioflow-IV study is the first prospective, randomized, controlled, global study to compare the target vessel failure (TVF) rate of Orsiro DES and Abbott Vascular’s Xience Prime/Xpedition DES in a non-inferiority setting. Twelve sites in Japan and 29 sites in the European Union are participating in the multi-center study with the primary endpoint of TVF at 12 months.??
Coordinating investigator of the Bioflow-IV study, Shigeru Saito, M.D., director, Cardiology and Catheterization Laboratories, and vice president, Shonan Kamakura Hospital, Kanagawa, Japan, implanted the first stent in the study.
"Orsiro has excellent deliverability and obviously thinner struts by IVUS observation than the current available DESs in Japan, which would be associated with earlier neointimal coverage after Orsiro implantation," said Saito.
?
Efficacy and safety of Orsiro as demonstrated by the BIOFLOW-I, - II, and -III studies:?
In the Bioflow-I first in-man study, late lumen loss, which was the primary endpoint, was 0.05±0.22 mm at nine months.??
Presented at EuroPCR 2013, Bioflow-II was a prospective, non-inferiority randomized controlled study comparing Orsiro with Xience Prime. The primary endpoint in-stent late lumen loss at nine months verified non-inferiority, which was confirmed with 0.10±0.32mm versus 0.11±0.29mm, respectively. There was also no significant difference in target lesion failure (TLF) at nine months, which was 4.8 percent in the Orsiro arm versus 5.3 percent in the Xience arm.?
As a prospective, all-comers, multi-center registry, Bioflow-III’s primary endpoint demonstrated 4.7 percent of TLF at 12 months.?
For more information: www.biotronik.com