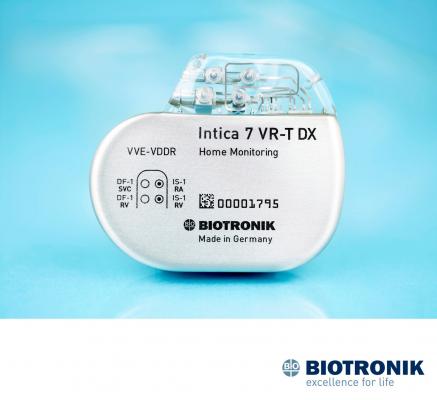 "When treating heart failure patients, we are often managing several comorbidities that can increase the likelihood of complications and risk when implanting a CRT-D and in the years that follow," said Larry Chinitz, M.D., a cardiac electrophysiologist in New York City. "Balancing risk and therapeutic needs has historically been a challenge. CRT-DX changes this and creates a higher echelon of patient care. Now there is an ICD for heart failure patients that minimizes hardware and risk while providing optimal diagnostics to help patients feel better and stay out of the hospital. The addition of DX technology to a CRT device is a breakthrough."

Only Biotronik offers MR conditional devices with independent, simultaneous LV paces, according to the company.

The Intica DX device systems also incorporate other technologies including: