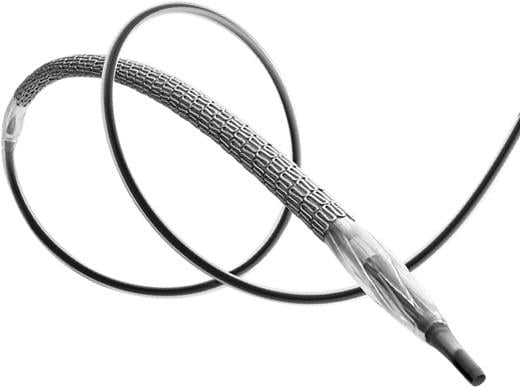 January 25, 2018 – Data presented at the Biotronik-sponsored symposium on the Orsiro drug-eluting stent (DES) demonstrate why Orsiro is gaining prominence in the crowded DES market. In addition, clinical and preclinical data presented about Magmaris reinforce the case that the magnesium-based resorbable technology does not share the same risk of acute and late scaffold thrombosis as the controversial poly-L-lactide (PLLA) alternative.

Jacques Koolen, cardiologist at Catharina Hospital, Eindhoven, Netherlands, and co-principle investigator and steering committee member of the BIOFLOW-V study, presented the latest addition to Orsiro’s body of clinical evidence. In this large international study, Orsiro reached unequivocal non-inferiority in the primary endpoint of target lesion failure (TLF) at 12 months versus Xience (6.2 percent vs 9.6 percent, p=0.04). Furthermore, a post-hoc superiority analysis demonstrated a 96.9 percent probability of Orsiro being superior to Xience in terms of TLF at 12 months.

William Wijns, professor of interventional cardiology at the Lambe Institute for Translational Medicine, Galway, Ireland, explored the question: why do we need scaffolds? “While recognizing the limitations of currently available resorbable scaffolds, we must also acknowledge that DESs still show progression of events in the late follow-up,” Wijns stated. “The goal of resorbable scaffolds is not only to decrease or eliminate those late events but also to restore the vessel anatomy and functionality, to restore a low thrombogenic milieu and potentially eliminate neoatherosclerosis.”

“These results once more lead us to believe that the backbone material might be influencing the outcomes, and that vascular restoration occurs early in Magmaris allowing for compensatory vessel remodeling,” stated Joner.