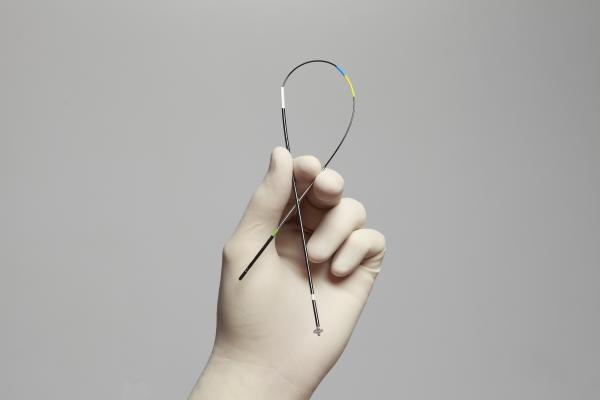 May 10, 2018 — Cardiva Medical Inc. announced the completion of the AMBULATE pivotal trial, one of several clinical trials in the company’s AMBULATE series. The AMBULATE series is studying the Vascade MVP Venous Vascular Closure System for use in the closure of mid-bore (6-12 Fr inner diameter sheath) venous access sites.

AMBULATE is a randomized, multi-center study evaluating the Vascade MVP System compared to manual compression for multi-access, catheter-based procedures such as cardiac ablation for atrial fibrillation. The goal of the trial is to demonstrate significantly reduced time-to-ambulation for patients following these common and high-growth electrophysiology procedures.

Twenty-nine physicians enrolled 204 patients in the AMBULATE pivotal trial at 13 sites across the United States. Principal investigators include:

“Cardiac ablation is a very successful procedure for treating atrial fibrillation. However, patients frequently suffer back pain from the extended bed rest required and pain at the venous access sites due to manual compression,” said Natale. “With the AMBULATE trial, our objective is to demonstrate the ability of the Vascade MVP system to provide a substantial reduction in bed rest time and eliminate the need for manual compression following an ablation procedure.”

Additional studies in the AMBULATE series include:

Vascade is a fully integrated, extravascular, bioabsorbable femoral access closure system that leaves no permanent components behind, and has demonstrated safety and efficacy in a wide range of patients. The system combines Cardiva’s proprietary collapsible disc technology and a thrombogenic resorbable collagen patch in an integrated design. For patients and healthcare providers, Vascade enables secure and rapid hemostasis while minimizing complications, including bleeding at the access site.

Vascade works by placing a small, collapsible mesh disc against the inside of the vessel wall to temporarily stop the bleeding, releasing a collagen patch into the tissue and then removing the mesh disc. The collagen patch expands, providing a mechanical and physiological seal to stop the bleeding, and then absorbs into the body, leaving nothing behind and allowing further access to the vessel if additional procedures are required.