Filing based on data from the SENTINEL pivotal IDE trial 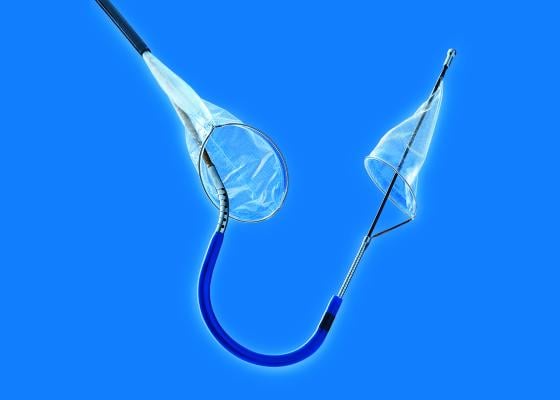 September 20, 2016 – Claret Medical announced its filing of a marketing application with the U.S. Food and Drug Administration (FDA) for clearance of the Sentinel Cerebral Protection System (CPS). The Sentinel CPS is designed to protect the brain by capturing and removing debris dislodged during transcatheter aortic valve replacement (TAVR) that enters cerebral circulation and carries the potential for stroke. There are currently no cerebral embolic protection technologies available in the United States to protect TAVR patients from cerebral embolic events, according to Claret Medical.

Results from the recently published CLEAN-TAVI blinded, randomized, controlled trial in the Journal of the American Medical Association (JAMA) and the MISTRAL-C randomized, controlled trial, published in Eurointervention, showed that patients protected with the system had significantly fewer and smaller new ischemic cerebral infarcts following the procedure than unprotected patients. MISTRAL-C also demonstrated that the TAVR procedure created embolic debris in 100 percent of patients, which could have traveled to the brain if not for the protection offered by the Sentinel CPS.

Stroke continues to be a devastating complication of TAVR and other endovascular procedures. Ischemic brain infarcts have been associated with adverse neurologic and cognitive consequences, as well as dementia. In population-based studies, they have also been shown to increase the risk of future stroke by two- to four-fold.

The Sentinel CPS received the CE Mark in 2013.