Results from the PLATINUM DIVERSITY Study presented at TCT 2016 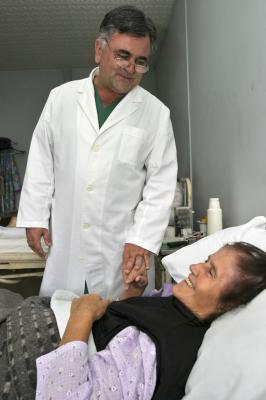 November 9, 2016 — A dedicated stent study conducted exclusively in women and minority patients evaluated clinical outcomes within the era of contemporary percutaneous coronary interventions (PCI), comparing these results to a parallel cohort of white male patients. Although there were no significant differences in stent-related outcomes, both groups had higher rates of death and myocardial infarction (MI) in the first year following the procedure.

Although people of color are expected to represent more than half (52%) of the U.S. population by 2050, current “all-comers” clinical trial design do not result in a random selection of U.S. patients. As a result, women and minorities have been significantly underrepresented in most cardiology trials. This multicenter, single-arm, prospective “enriched” cohort study enrolled 1,501 women and minorities at 52 sites in the United States. The trial used the Boston Scientific Promus Premier everolimus-eluting stent. Patient information was pooled with data from the PROMUS ELEMENT PAS Study (PE Plus PAS, n=2,687) and each group was compared with white men enrolled in the PE Plus PAS (n=1,635).

“This study draws important attention to differences in clinical outcomes after stent implantation in women and minorities,” said Wayne B. Batchelor, MD, MHS, co-principal investigator from Southern Medical Group in Tallahassee, FL. “The adjusted risk of MI and death/MI was higher in minorities versus white men. In addition, the adjusted risk of death/MI was higher in women than white men with a trend towards higher rates of MI. The similar rates of TVR and stent thrombosis among all three groups suggest that ‘stent failure’ is unlikely to account for the observed differences in outcome. Further study into the cause of these observed gradients of risk is necessary to gain insight into the potential impact on clinical practice.”

The combined primary endpoint of death, Ml and target vessel revascularization (TVR) at 12 months was 7.6% for white men compared with 9.6% (P=0.08) for minorities and 8.6% (P=0.33) for women. Data from the individual components of the primary endpoint found that minorities had the highest rate of death and MI whereas white men had the highest rate of TVR:

“The PLATINUM DIVERSITY trial represents an important example of how we can enrich our understanding of outcomes in the underrepresented population. This is the first trial exclusively enrolling women and minorities undergoing PCI and allows for further evaluation of patients who are usually not represented in clinical studies,” said Roxana Mehran, M.D., professor of medicine, Icahn School of Medicine at Mount Sinai and Co-PI of the PLATINUM DIVERSITY study.