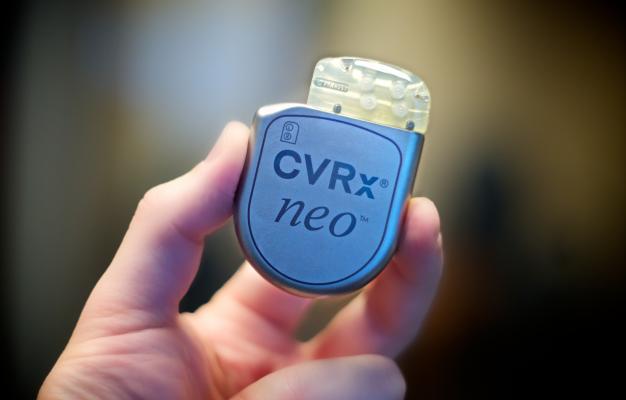 "Based on our own experience with Barostim therapy and the safety and efficacy data now published, we are very confident to offer this therapy to our heart failure patients who are still symptomatic despite receiving optimal heart failure therapy", Müller-Ehmsen said.

"Based on results of this trial we have had the good fortune of presenting the data at three late-breaking clinical trial sessions and generating two simultaneous publications over the last three months. This is unprecedented", said William Abraham, M.D., from The Ohio State University, who served on the trial's steering committee.

CVRx completed a 146-patient randomized, controlled clinical trial to determine the performance of Barostim therapy for patients suffering from chronic heart failure with advanced symptoms. Aggregate results were recently presented at the American College of Cardiology's (ACC) annual scientific session and simultaneously published in the Journal of the American College of Cardiology: Heart Failure. Barostim therapy was shown to be safe and significantly improved patient functional and exercise capability, as well as quality of life, when compared to optimal medical therapy. Barostim therapy also significantly reduced the plasma biomarkers of heart failure severity and the burden of heart failure hospitalizations in patients with heart failure.