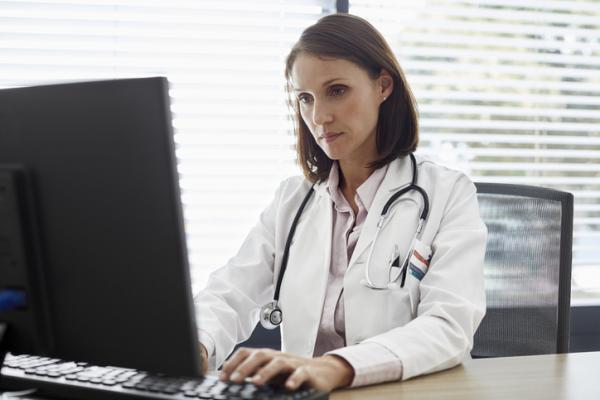 April 8, 2022 – Physicians prescribed significantly more guideline-directed medications for heart failure if they received a customized digital alert via an electronic health record (EHR) system when inputting medical orders shortly after seeing a patient, according to a study presented at the American College of Cardiology’s 71st Annual Scientific Session.

The study, which met its primary endpoint of an increase in number of guideline-directed medical therapy (GDMT) classes prescribed at 30 days post-randomization, is the first randomized trial to show significant improvements in the use of GDMT for heart failure using a low-cost, scalable intervention to prompt clinicians to prescribe recommended medications.

“The results were quite remarkable,” said Tariq Ahmad, MD, chief of the Yale Heart Failure Program at Yale School of Medicine and Yale New Haven Health and the study’s lead author. “We were able to dramatically increase the number of guideline-directed medical therapies used in a very rapid fashion.”

Heart failure is a condition in which the heart muscle becomes too weak to pump blood effectively. Four types of medications, used together, have been shown to significantly improve health outcomes for patients with heart failure with reduced ejection fraction (HFrEF), a type of heart failure in which the heart does not squeeze as strongly as it should. However, the use of this therapy has persistently remained low despite attempts to improve guideline adherence.

“There is a huge gap between our knowledge [on heart failure treatments] and the implementation of this knowledge,” Ahmad said. “We felt that one of the reasons why past trials have been negative is that they’re not integrated into the usual clinical flow. When a clinician is seeing a patient, that is an opportune time to remind them to put patients on the right medications.”

For the study, researchers consulted physicians and partnered with behavioral economics experts to determine the precise moment in the clinical workflow when an alert would be most useful. They then designed and programmed the Yale New Haven Health Epic EHR system with the alert, which occurred when clinicians were inputting follow-up orders after a patient visit. The alert listed the medications and doses the patient had been prescribed along with what they should be taking based on medical guidelines. Physicians could then easily adjust the dosing or prescribe additional medications to fill any gaps during the same patient visit.

To assess the alert’s impact, researchers enrolled 100 clinicians in the Yale New Haven Health system who were seeing the greatest number of patients with HFrEF. Half of the clinicians were assigned to begin receiving the Epic alerts and half were not. The study ran for about seven months, during which the enrolled physicians saw 1,310 patients with HFrEF.

Although the study did not assess clinical health outcomes, researchers said that increasing the use of guideline-directed medications is highly likely to lead to direct health improvements.

“Anything that increases use of these medications and dosing of these medications has been definitively shown to improve medical outcomes,” Ahmad said. “I have no question that if you were able to do this on a larger scale, that it would lead to dramatic improvements in patient survival and reductions in hospitalizations.”

Ahmad said the trial ran concurrently with a broader effort to encourage guideline adherence for heart failure treatment across the health system. He suggested the relative impact of implementing EHR alerts may be even greater in the absence of such an effort.

The researchers plan to make the code for the alert system available to any health systems that wish to use it. Noting that the Yale New Haven Health system serves a patient population with a similar demographic profile to the U.S. as a whole and that the Epic EHR system is the country’s most common EHR system, Ahmad said the study results should be generalizable and feasible for other health systems to implement on a large scale.

“Any facility or practice that has Epic would be able to do this very easily,” Ahmad said. “If we could get this implemented across the country, we could improve the use of these life-saving therapies very quickly.”

This study was simultaneously published online in the Journal of the American College of Cardiology at the time of presentation. The study was funded by AstraZeneca.