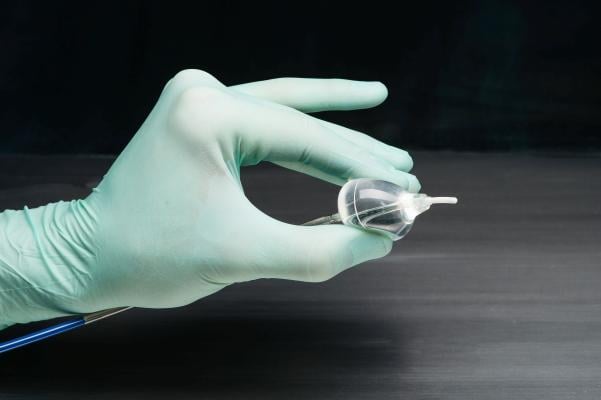 May 12, 2020 — The U.S. Food and Drug Administration (FDA) has cleared the next-generation CardioFocus Inc. HeartLight X3 Endoscopic Ablation System for the treatment of drug refractory recurrent symptomatic paroxysmal atrial fibrillation (PAF). The system allows direct visualization of the lesions being created by laser light through a fluid filled balloon that helps stabilize the ablation system in the pulmonary veins.

Approval of the HeartLight X3 System came as a result of an outcomes study of 60 patients. In this pivotal confirmatory study, the X3 System achieved very rapid pulmonary vein isolation (PVI), in as few as three minutes for a single pulmonary vein.

"The HeartLight X3 System introduces a new level of speed, control and predictability for physicians - making it an ideal tool for AFib ablation," said Vivek Y. Reddy, M.D., director of cardiac electrophysiology and Helmsley Trust Professor of Medicine at The Icahn School of Medicine at Mount Sinai. "This is a transformational technology when it comes to AFib ablation. Introducing direct visualization of the pulmonary veins and combining it with the ability to create continuous lesions is compelling."

Operators were able to complete procedures with minimal radiation exposure, with fluoroscopy times averaging seven minutes. All study endpoints were achieved, demonstrating significantly faster ablation and procedures times compared to the previous generation of HeartLight and with comparable safety and efficacy. Overall procedures times were 73.7 minutes for HeartLight X3 compared to 206 minutes from the historical control study for original HeartLight.[1]  Long-term data from the study found that 71.9 percent of patients treated with the HeartLight X3 System achieved chronic study success, compared to the historical control HeartLight study of 61.1 percent.[2]

"FDA approval of the HeartLight X3 System represents a substantial milestone for CardioFocus and is a promising new treatment option for the millions of Americans suffering from paroxysmal AFib," said Burke T. Barrett, CardioFocus CEO. "By pairing the most compliant and dynamic balloon technology with the ability to deploy titratable laser energy at unprecedented speed while using direct visualization, we are able to offer a completely unique ablation technology to cardiac electrophysiologists. With this approval in hand, we will initiate a focused rollout of HeartLight X3 across the U.S.."

More than 2.3 million people in the U.S. suffer from AFib, the most common type of cardiac rhythm disorder, and the numbers are climbing along with the aging population.[3] By 2050, AFib is expected to affect 15.9 million people.[4]

The HeartLight Endoscopic Ablation System is a revolutionary catheter ablation technology that features an ultra-compliant balloon, which along with direct visualization and titratable laser energy, represents a new standard for AFib ablation. The company has obtained approval and is launching its next-generation HeartLight X3 System in Europe and the U.S. This technology offers a unique RAPID mode, which leverages a precise motor control system that enables uninterrupted, high-speed, circumferential lesion creation under direct control of the physician resulting in consistently reduced procedure times. The HeartLight balloon catheter, endoscope, sheath, console and balloon fill media are all manufactured in the U.S.

1. Total procedure time excluding the protocol-required 30-minute wait period. X3 operators were experienced with HeartLight, whereas the majority of operators in the historical control study were new to HeartLight.

2. For chronic efficacy, a participant was considered to be a treatment failure when a symptomatic episode of AF one (1) minute or more was reported or had cardiac surgery, left-side heart ablation or an implantable ICD for AF or did not have all clinically relevant pulmonary veins isolated or experienced ablation-induced left atrial flutter or was prescribed any Class I, II or III AAD prescribed for AF at any time during the 9-12 months post-ablation index procedure.