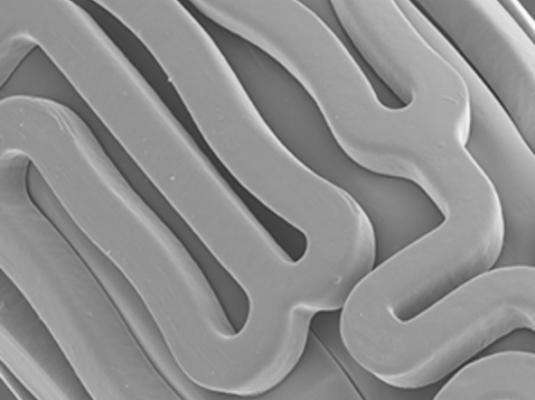 Abbott says the Xience fluoropolymer coating interacts with blood proteins in a manner that reduces thrombus formation. This feature makes the stent safer to use for shorter duration DAPT.

"The new FDA approval for DAPT for the Xience family of stents provides interventional cardiologists confidence they are delivering the best care to patients with high bleeding risk.  A short DAPT duration minimizes risks for high bleeding risk patients and allows them to return to daily life sooner and with more assurance," said Roxana Mehran, M.D., professor of medicine and director of Interventional Cardiovascular Research and Clinical Trials at the Zena and Michael A. Wiener Cardiovascular Institute at Icahn School of Medicine at Mount Sinai and the global principal investigator for Abbott's Short DAPT program (XIENCE 28 and XIENCE 90).

Stents are a critical therapy option to open blood vessels that have been clogged by calcium or fatty deposits. Following stent implantation, DAPT is routinely prescribed to help prevent thrombosis, which can block a blood vessel and potentially result in heart attack or death. However, DAPT can also increase the risk of bleeding complications in some patients.[1] In fact, of all patients undergoing stenting procedures, approximately one in five are considered at high risk for bleeding.[2]

Patients who receive stents are typically on DAPT regimens (aspirin and P2Y12 inhibitors) for six to 12 months to prevent blood clots from blocking the stented vessel. However, HBR patients can experience side effects such as bleeding during prolonged courses of DAPT. With the shortest approved DAPT labeling, Abbott's Xience stents can help physicians treat their HBR patients more effectively. Abbott's XIENCE 28 and XIENCE 90 [3] studies show that DAPT can be safely discontinued early as short as 28 days with no increased risk in patient adverse events, solidifying the industry-leading safety profile of the Xience family of stents.

Xience Skypoint, the latest in a line of Xience stents, is now approved for use in HBR patients with one-month DAPT labeling – as short as 28 days – in the U.S. and in Europe. Supported by 10 years of clinical data, including 120 clinical trials studying 125,000 patients and the implantation of 15 million stents, Xience drug-eluting stents (DES) have been proven safe and effective, consistently delivering successful patient outcomes.

"Even small differences between stents can impact both short- and long-term patient outcomes, and this latest generation of the Xience stent offers multiple improvements that provide enhanced deliverability and expansion capability," said Nick West, M.D., chief medical officer and divisional vice president of global medical affairs at Abbott's vascular business. "As we continue to innovate at Abbott, we are delivering medical technology that improves patients' lives, while building a body of research evidence that underlines clinical consistency and patient safety."

Xience is supported by the largest body of DAPT patient evidence, with over 24,000 patients analyzed.[4-12] Abbott continues to focus on further improving the class-leading Xience stent platform through innovation, supported by clinical data from the most complex patient populations, including HBR, with the aim of driving optimal care for patients suffering from coronary heart disease. Xience stents have more than 10 years of clinical data across 120 clinical trials, more than 125,000 patients and 15 million stent implants.[13]