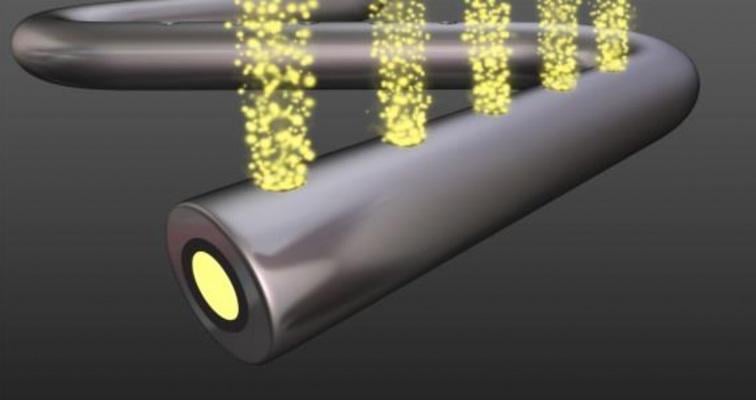 The RevElution trial enrolled 101 patients, with de novo coronary lesions 2.25-3.50 mm in diameter and length ≤ 27 mm, at 14 centers in three countries in two different 50-patient cohorts, measuring outcomes at nine months and 24 months via angiography, intravascular ultrasound and clinical assessment. The primary endpoint was angiographic in-stent late lumen loss at nine months compared with historical data from the zotarolimus-eluting stent (Resolute) as a control. In the first 50 patients included in the nine-month primary endpoint cohort, the DFS had in-stent late lumen loss of 0.26mm, which was non-inferior to the historical control (p<0.001). In addition, the DFS demonstrated low rates of target lesion failure (2.1 percent) and zero stent thrombosis at nine months.

Optical coherence tomography (OCT) data were reported from two cohorts of patients who were scheduled to receive OCT either at one and nine months (15 patients), or three and nine months (15 patients). In both groups, the DFS showed an early healing profile with the median strut coverage (new cell growth over stent struts) of 91.4 percent and 95.6 percent at one and three months, respectively, and low rates of malapposed struts at one month (0.3 percent) that decreased to 0 percent at nine months. At nine months, the median strut coverage increased to 99.1 percent with no cases of late-acquired stent malapposition.

"These early results demonstrate that the controlled and sustained elution of the polymer-free DFS show the potential for rapid healing without inflammation and positive clinical outcomes," said Stephen Worthley, M.D., professor at the Royal Adelaide Hospital in Adelaide, Australia and co-principal investigator of the DFS trial who presented the data at TCT. "In addition, we look forward to better understanding how this technology may potentially impact the duration of dual antiplatelet therapy in some patients."

Click to watch a video interview with Stephen Worthley at TCT 2015 "Drug-Filled Stents as an Alternative to Polymer Drug Carriers."

The DFS builds on the proven Continuous Sinusoid Technology (CST) platform and innovative CoreWire Technology. Introduced with the Resolute Integrity DES (drug-eluting stent), CST is a method of manufacturing that involves forming a single strand of wire into a sinusoidal wave to construct a stent, enabling a continuous range of motion, resulting in excellent deliverability and conformability to the vessel wall. CoreWire Technology — introduced with the next-generation Resolute Onyx DES (investigational in the United States) — allows the stent-forming wire to have multiple layers with a denser core metal surrounded by a cobalt alloy outer layer for thinner struts and greater deliverability, while offering enhanced radiopacity (i.e., visibility during the procedure) without compromising structural strength.

The DFS features a novel tri-layer wire design. The innermost layer is removed and becomes a lumen continuously coated with drug. The drug (sirolimus) is eluted from the inside of the stent through multiple laser-drilled holes on the abluminal side (outer surface) of the stent. The polymer-free design allows for controlled and sustained drug elution directly into the arterial wall without the adverse vascular effects associated with polymers, such as inflammation due to polymer degradation, flaking or hypersensitivity reactions.