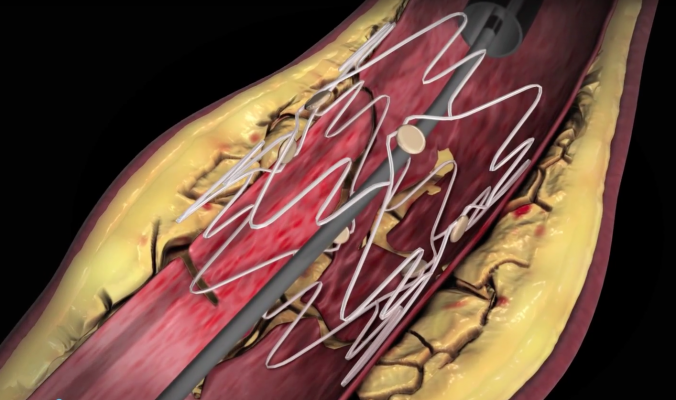 The TOBA II BTK study, which enrolled its first patient in February 2017, is a prospective, multi-center, single-arm study designed to investigate the safety and efficacy of the Tack Endovascular System in combination with standard balloon angioplasty in the popliteal and tibial arteries for the treatment of critical limb ischemia (CLI). The Tack Endovascular System is a new technology designed to repair dissections (or tears) in the artery wall that frequently occur as a complication of balloon angioplasty. The system is intended to provide physicians with an alternative for repair of dissections while leaving a minimal amount of foreign material in the artery, which reduces mechanical stress on the artery and preserves future treatment options.

“We are pleased to be the first center in Europe to commence enrollment in TOBA II BTK,” commented Brodmann, head of the Clinical Division of Angiology, Medical University Graz, Austria. “I believe the Tack Endovascular System is a very promising technology designed to optimize dissection repair while leaving a minimal metal footprint behind post-implantation.”

The TOBA II BTK study will be conducted at up to 50 global sites and will enroll 232 patients in total. Eligible patients will have diseased popliteal or tibial arteries treated with balloon angioplasty and have a dissection in the artery wall immediately following angioplasty. “The spiral dissection we treated in this first patient was ideally suited for the Tack Endovascular System since it is the only device uniquely designed to treat below-the-knee dissections following angioplasty,” stated Peter Rief.

"Critical limb ischemia (CLI) is a serious disease that all too often leads to amputation. It is vital that we develop new technologies to restore and maintain blood flow to the lower leg and foot. I am pleased that we have commenced enrolling patients in European centers,” said Andrej Schmidt, M.D., Division of Interventional Angiology, University Hospital Leipzig, Germany and European principal investigator for the TOBA II BTK clinical trial. “The Tack Endovascular System represents a major step forward in the endovascular treatment of CLI.”