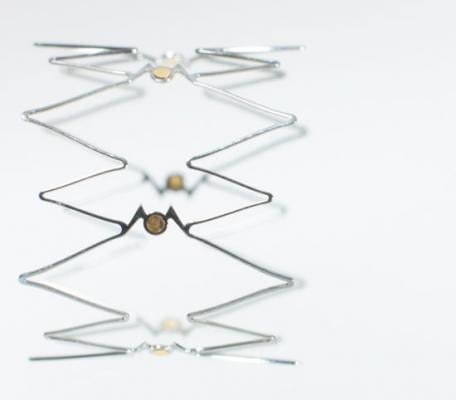 The TOBA II BTK study is a prospective, multi-center, single-arm study designed to investigate the safety and efficacy of the Tack Endovascular System in combination with standard balloon angioplasty in the popliteal and tibial arteries for the treatment of critical limb ischemia (CLI). The Tack Endovascular System is a new technology designed to repair dissections (or tears) in the artery wall that frequently occur as a complication of balloon angioplasty. The system allows physicians to repair these dissections while leaving a minimal amount of foreign material in the artery, reducing mechanical stress on the artery, and preserving future treatment options.

TOBA II BTK is the first known industry-sponsored pivotal clinical trial approved by the U.S. Food and Drug Administration to investigate a permanent vascular implant in arteries below the knee, according to Intact Vascular.

Cardenas stated, “One of our key goals when we perform angioplasty in patients with CLI is to restore blood flow to the foot, and keeping the treated arteries open over time is a major challenge. The Tack system is uniquely designed to repair dissections following angioplasty while minimizing arterial inflammation and leaving little foreign material behind. I believe this represents an ideal combination for maintaining long-term arterial patency.”

The TOBA II BTK study will be conducted at up to 50 global sites and will enroll 232 patients in total. Eligible patients will have diseased popliteal or tibial arteries treated with balloon angioplasty and have a dissection in the artery wall immediately following angioplasty.

Cardenas added, “The TOBA II BTK trial will provide us with valuable information about this very promising technology designed to optimize angioplasty results in CLI. We are thrilled to be the first center to begin enrollment in this important study.”