Study shows giving birth once associated with 14 percent higher risk of cardiovascular disease, with 4 percent additional likelihood with each birth 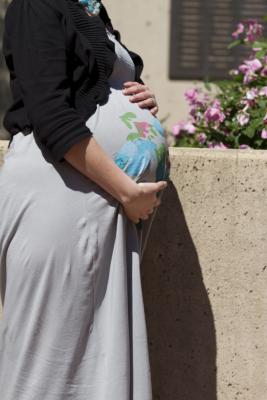 February 7, 2019 — Giving birth is associated with a 14 percent higher risk of heart disease and stroke compared to having no children, reports a study published in the European Journal of Preventive Cardiology. EJPC is a journal of the European Society of Cardiology (ESC).

“The mechanisms underlying the associations we observed are complex,” said study author Dr. Dongming Wang, of the School of Public Health, Tongji Medical College, Huazhong University of Science and Technology, Wuhan, China. “Pregnancy may lead to inflammation in the body, and the accumulation of fat around the abdomen, in the blood and in the arteries. These changes could have permanent effects on the cardiovascular system, leading to a higher risk of heart and stroke later in life.”

It is known that the heart works harder during pregnancy to meet the needs of the mother and fetus. But the impact of pregnancy on the development of subsequent heart disease is controversial. The authors compiled data from around the world to conduct a meta-analysis. Ten studies were included involving 3,089,929 women, of whom 150,512 developed heart disease or stroke during an average follow-up of 6 to 52 years.

The overall analysis identified a significant association between ever giving birth and the risk of cardiovascular disease. Women who had given birth had a 14 percent higher chance of developing heart disease or stroke than those who had never given birth.

When the researchers analyzed the association according to the number of births, there was evidence of a J-shaped relationship. Each birth was associated with a 4 percent higher likelihood of developing cardiovascular disease, regardless of body mass index, diabetes, hypertension, smoking and income level. Similar relationships were observed for different types of cardiovascular disease, with each live birth being associated with 5 percent and 3 percent higher risks of coronary heart disease and stroke, respectively.

“Doctors have a role to play here,” said Wang. “Women should know that having children may raise their chance of future heart disease or stroke, and that more pregnancies could be increasingly risky. The good news is that there is a lot that women can do to prevent cardiovascular disease.”

“Pregnancy is a good time to get rid of bad lifestyle habits,” said Wang.  “So quit smoking, exercise regularly, eat healthy food, and keep weight gain under control. Keep these habits after pregnancy, get more exercise to reduce abdominal fat, and watch the fat content in your diet to keep blood lipids at a healthy level.”