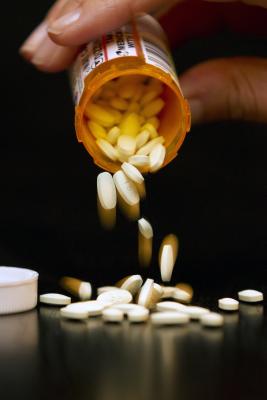 August 22, 2019 — The amount of opioids prescribed for patients after heart and lung surgery has a direct relationship with the risk for opioid dependency and “persistent opioid use” several months after the operation, according to new research. The study is published online in The Annals of Thoracic Surgery.1

“Our data show that patients undergoing heart and lung surgery are at a relatively high risk of developing persistent opioid use — in some cases twice as high as after general surgery,” said Alexander A. Brescia, M.D., MSc, from the University of Michigan Medicine in Ann Arbor. “This study also demonstrated that a higher prescription amount is associated with persistent opioid use 3 to 6 months after surgery, a time when patients should not still need opioid medication for postsurgical pain — confirming that patients who are prescribed more opioids use more opioids.”

Brescia and colleagues examined insurance claims data from a nationally represented population of Medicare beneficiaries who underwent heart or lung surgery between 2009 and 2015. A total of 24,549 “opioid-naïve” patients who filled an opioid prescription between 30 days before surgery and 14 days after discharge were included in the analysis.

The researchers found that approximately 1 in 7 patients who underwent lung surgery (15.7 percent) and 1 in 8 patients who received heart surgery (12.5 percent) became new persistent opioid users for many months after surgery. According to Brescia, “new persistent opioid users” describes patients who were not taking opioids before surgery, underwent surgery, took opioid pain medication and continued to use the opioid prescription after the operation, even after all wounds had healed and physical recovery was complete.

From Prescription to Dependence

Opioids are powerful narcotic drugs intended to decrease pain, but they also can lead to dependence, opioid use disorder and addiction if not taken with care. In fact, the study showed a strong association between the amount of opioids prescribed and the rate of new persistent use in the early postsurgical period. Patients who were prescribed more than 60 pills experienced a nearly two-fold risk of chronic opioid use compared to those who were prescribed 27 or fewer pills (19.6 percent vs. 10.4 percent).

“High amounts of opioid pain medication after surgery can place patients at risk of persistent opioid use extending well beyond the expected period of recovery from surgery,” said Brescia.

Identifying these risk factors is “extremely important” to justifying changes in prescribing practices, developing effective alternative pain management options, and combating the nationwide opioid crisis, said Brescia. “Patients should focus on pain management rather than pain elimination, and we have found that this can be achieved with far fewer pills than may be prescribed.”

One of the challenges, though, is the lack of evidence surrounding opioid prescribing. Most healthcare providers are unsure of exactly how many pills patients need following surgery. So, rather than a one-size-fits-all approach, the patient’s in-hospital opioid use after heart or lung surgery should likely direct the post-discharge prescribing.

“We have notably found that the amount of opioids being used by each patient during the 1 to 2 days prior to discharge should guide individualized, patient-centered opioid prescribing for post-discharge use,” said Brescia.

Based on the researchers’ experience, for patients who are opioid-naïve and undergo heart surgery via sternotomy, a prescription between 0 to 25 pills may be enough to adequately manage postoperative pain after leaving the hospital — that’s less than the median 40 pills that patients were prescribed in this study from 2009 to 2015.

According to the U.S. Centers for Disease Control and Prevention (CDC), the amount of opioid prescriptions in the U.S. peaked in 2012 at more than 255 million and a prescribing rate of 81.3 prescriptions per 100 persons. The rates have since decreased, but despite these reductions, the amount of opioids prescribed remains high. The CDC reports that in 2017, the total number of prescriptions dispensed in the U.S. was more than 191 million, with a prescribing rate of 58.7 prescriptions per 100 persons. As many as 90 percent of these patients reported not finishing what was prescribed to them, according to the U.S. Food and Drug Administration (FDA). The generous prescribing habits of clinicians is particularly important, as CDC data also show that overdose deaths involving prescription opioids were five times higher in 2017 than in 1999.

“In the past 30 years, practice has changed with the introduction of procedures like thoracoscopy and TAVR [transcatheter aortic valve replacement]; however, cardiothoracic surgeons still make big, painful incisions that mandate the usage of narcotic medication. This study helps remind us that it is our professional responsibility to optimize the utilization of perioperative narcotics so that we adequately manage the pain without fostering the onset of addiction.”

In addition to prescribing fewer opioid pills, healthcare providers should consider prescribing opioids only after surgery, providing preoperative and postoperative education, and encouraging increased use of non-opioid pain medications, explained Brescia. Also worth considering is regional anesthesia, where an injection using a medicine like Novocain is placed close to a nerve to relieve discomfort. Some patients also may benefit from non-pharmacologic therapies such as physical therapy, massage and acupuncture.

“Patients should always have a dialogue with their healthcare team to determine the best plan for their pain management and postoperative care,” said Brescia.

The research group plans to further study prescribing practices in conjunction with patient-reported opioid use. Through these data, Brescia and his team will work to determine patient-centered, evidence-based opioid prescribing guidelines for general thoracic and adult cardiac surgery.

The FDA has available an education campaign — “Remove the Risk” — to help patients understand the important role they play in removing and properly disposing of unused prescriptions. The agency also recently updated information on safe disposal of unused prescription opioids on its Disposal of Unused Medicines: What You Should Know webpage.

According to the FDA, medicine take-back options are the preferred way to dispose of most types of unneeded medicines safely, including opioids. Authorized locations may be in retail pharmacies, hospital or clinic pharmacies, and law enforcement facilities. Some collection sites also may offer mail-back programs or “drop-boxes” to assist patients in safe disposal of their unused medicines.