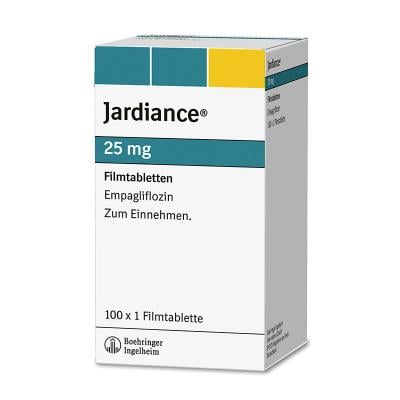 October 11, 2018 — Novel results from the landmark EMPA-REG OUTCOME trial suggest that treatment with Jardiance positively impacts life expectancy in adults with type 2 diabetes and established cardiovascular disease. Using actuarial methods, and assuming that the demonstrated beneficial effects of Jardiance remain consistent with long-term use, Jardiance was estimated to extend life expectancy by 1 to 4.5 years on average, depending on age, when compared with placebo. This analysis suggests that treatment with Jardiance could add years of life. The results were published in the journal Circulation.1

“For a 60-year-old living with type 2 diabetes, who has already had a cardiovascular event, previous studies estimate that life expectancy could be reduced by up to 12 years compared with someone of the same age without these conditions,” commented Brian Claggett, Ph.D., Division of Cardiovascular Medicine, Brigham and Women’s Hospital and lead author of the Circulation paper. “This latest analysis estimates that empagliflozin could prolong such a person’s life span by, on average, 2.5 years.”

The primary EMPA-REG OUTCOME trial results, published in the New England Journal of Medicine in September 2015,2 demonstrated a 38 percent relative risk reduction in cardiovascular death and a 32 percent relative risk reduction in all-cause mortality with Jardiance in people with type 2 diabetes and established cardiovascular disease, compared with placebo, over a period of 3.1 years. Modelling based on the EMPA-REG OUTCOME trial data was used to quantify the potential benefit of Jardiance on residual life span.

Approximately 30 million Americans and an estimated 425 million people worldwide have diabetes, and nearly 24 percent of Americans with diabetes — or more than 7 million people — are undiagnosed. In the U.S., approximately 9 percent of those aged 18 and older have diabetes. Type 2 diabetes is the most common type, accounting for an estimated 90 to 95 percent of all diagnosed adult diabetes cases in the U.S. Diabetes is a chronic condition that occurs when the body does not properly produce or use the hormone insulin.

The EMPA-REG OUTCOME trial was a long-term, multicenter, randomized, double-blind, placebo-controlled trial of more than 7,000 patients from 42 countries with type 2 diabetes at high risk for cardiovascular events.

The overall safety profile of Jardiance was consistent with that of previous trials.